Dubai Autodrome offers its visitors a thrilling experience of burning rubber. The motorsports facility includes a FIA sanctioned 5.39 kilometre Race & Drive Centre and Karting track. Besides, the arena accommodates all kinds of local and world-class events. With the global luminaries such as Jacques Villeneuve and Jenson Button showing their skills to the test, it is so challenging and entertaining.

What to Do in the Dubai Autodrome?

Visitors can hit the track in an Audi TT or live and feel the power of an Audi R8 V10. For adrenaline addicts who look to feel the power of a real race car, there is the single seater. There are also rally cars. Live the thrills, hold onto your helmet, and rocket out of the corners with 315 bhp of punch. The First Drive Experience is designed for children aged 12-18, so youngsters do not miss the experience of a thrill drive.

For competitive spirits, they can make groups and rally together and speed through the Kartdrome. It is a true test of skill where you will hop into a Honda 390cc kart and complete around 17 corners on a 1.2kilometre track. 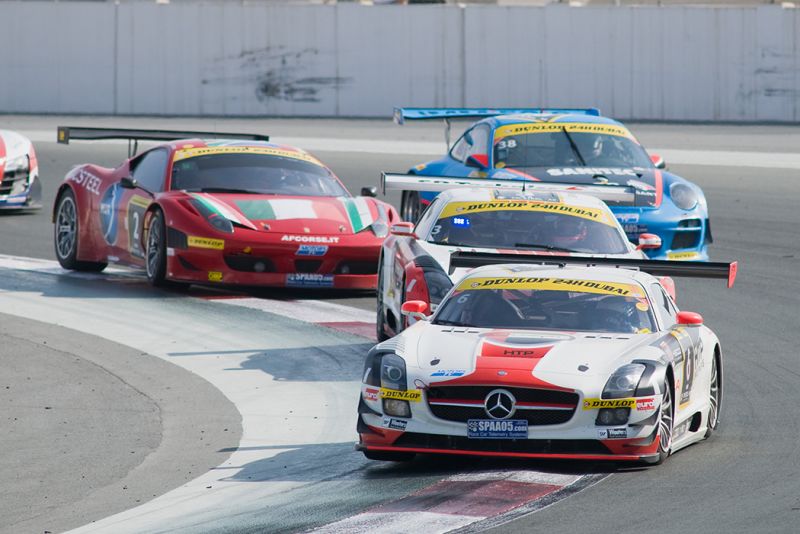 Dubai Autodrome is the second desert-based track to emerge in the early 2000s. Since then, it has become a hub for motorsport in the region and home to a traditional season opening 24 hour race for GT and touring cars.

The plans for the autodrome were first announced in 2002. HOK sport was tasked with developing the masterplan of the project for  £27 million circuit and business park. They brought Clive Bowen to help in designing the track. At the time, an employee of BTCC team West Surrey Racing founded the Apex Circuit Design concern and assisted with the track design.

Dubai’s Crown Prince Sheikh Mohammed bin Rashid al-Maktoum donated a parcel of land that covers 7.5 sq kilometres (70 million sq feet) in the greater Dubailand area. After that, the construction began in 2002 and was completed in October 2004.

As for the structure, the circuit has six configurations, four for racing and two additional non-racing. The design gives space three configurations to operate simultaneously, all safe and independent from each other.

Visits from the FIA GT and GT3 series were highlights of the racing calendars in the early years. Besides, there was a one-off visit of the ETCC in 2004. GPA Asia also hosted races in Dubai Autodrome in its first two seasons.

Dubai Autodrome has marked itself as the home of UAE national motorsport in recent years. The goal is to promote UAE motor racing at national levels. One of the series racing at the circuit is the NGK Racing Series, including the Clio Cup, and the UAE Sportbikes Championship.

Organized by the experienced Creventic company, the Dunlop 24 Hour is the first major road racing event on the global calendar of any given year. The race is a part of a mini-series of 24 hour races and has witnessed a competitive field of GT and touring cars compete for victory.