The Oudaya Kasbah is a haven of tranquility, with its flower-filled little streets, Andalusian garden, and Moorish café. Referred to also as Kasbah of the Udayas, the Oudaya Kasbah is one of the most unique sites in Morocco and is the first milestone of the city of Rabat. It’s located at the mouth of the Bou Regreg River, opposite the city of Salé, in Rabat, Morocco. UNESCO recognized the significance of the Oudaya Kasbah and added it to the World Heritage Tentative List in 2006.

History and Development of the Kasbah over the Years

Most of the remains of the Kasbah date back to the 12th century. The Oudaya Kasbah was originally built in the 12th century and although it has been destroyed several times, it was rebuilt again. In the era of the Alawites, the Kasbah witnessed several developments such as the construction of the Amiri Palace and some military installations which played an important role in protecting the Kasbah. Many facilities of the Kasbah, especially the court and the prison, played a pivotal role throughout history.

Enjoy the Imperial Cities of Morocco in Private Tours and Group Tours Now! 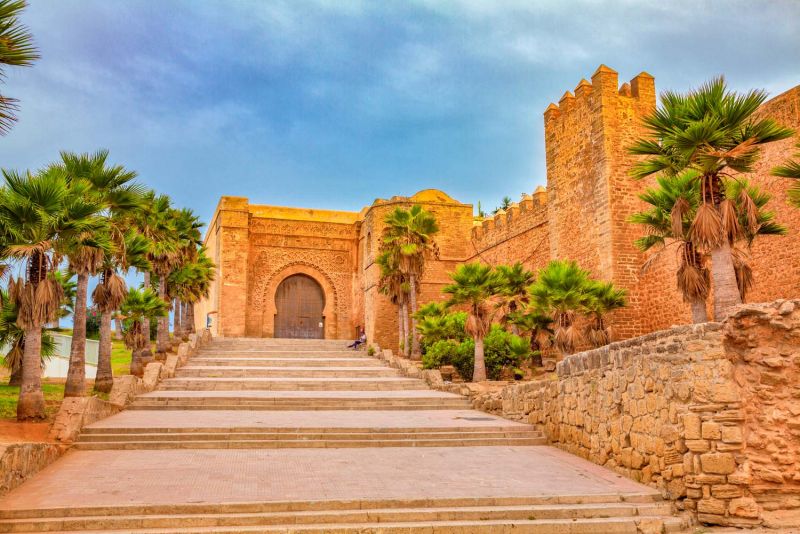 Inside of the Oudaya Kasbah

The Kasbah has been home to many Andalusian immigrants, Arab tribes, and some of the most powerful sultans of Morocco. The most dramatic entry to the Oudaya Kasbah is through the enormous Almohad gate, called Bab Oudaia. Built-in 1195, its location, where it faces the heart of the city and just outside the original palace, made it more ceremonial than defensive. The gateway is built of dressed stones and is decorated with a series of carved arches which makes it one of the jewels of Almohad art.

The main street, known as Rue Jamaa, runs straight through the kasbah to the Plateforme du Sémaphore. In the Kasbah’s main square, a warehouse, which was built in the late 18th century, now accommodates a cooperative where you can watch girls at work weaving carpets. The Kasbah contains Rabat’s oldest mosque, known as the Old Mosque; its minaret, adorned with small decorative arcades, is most probably the work of one of the first Alaouite sovereigns.

From the ocean side of the old semaphore-station platform at the end of the main street, you can enjoy superb panoramic views over Salé and the Bouregreg Estuary. The returnees from Andalusia played an important role in influencing the trait of the Kasbah; it can be seen in the architecture and the garden that mimics those in Andalusia. 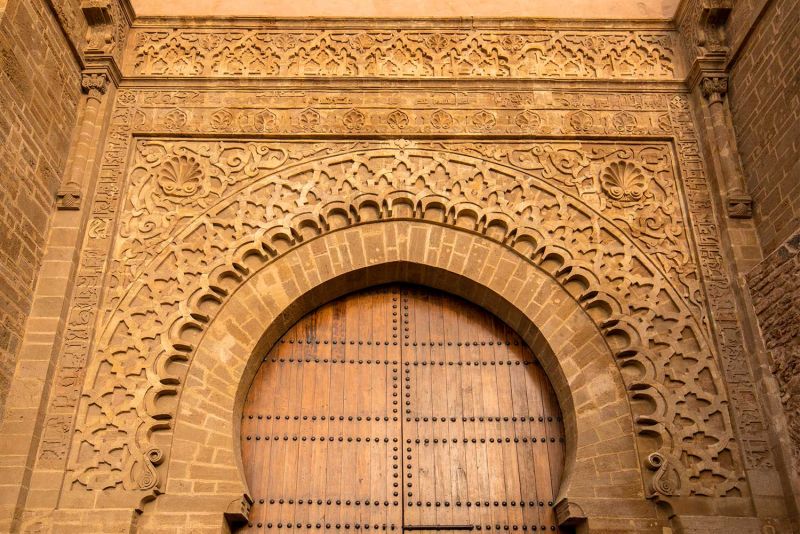 The Kasbah has a residential neighborhood.  Its narrow streets are lined with whitewashed houses and are known for its distinct blue and white walls, most of which were built by Muslim refugees from Spain. The attractive Andalusian Gardens at the southern edge of the neighborhood are a popular relaxation and meeting point for locals.

The Oudaya museum was renovated in 1995 and is housed in a residence built for Moulay Ismail between 1672and 1694, and in which the sultan stayed during his visits to Rabat. The museum exhibits rich and varied collections of jewelry, testimony to the extraordinary expertise of Morocco’s craftsmen. 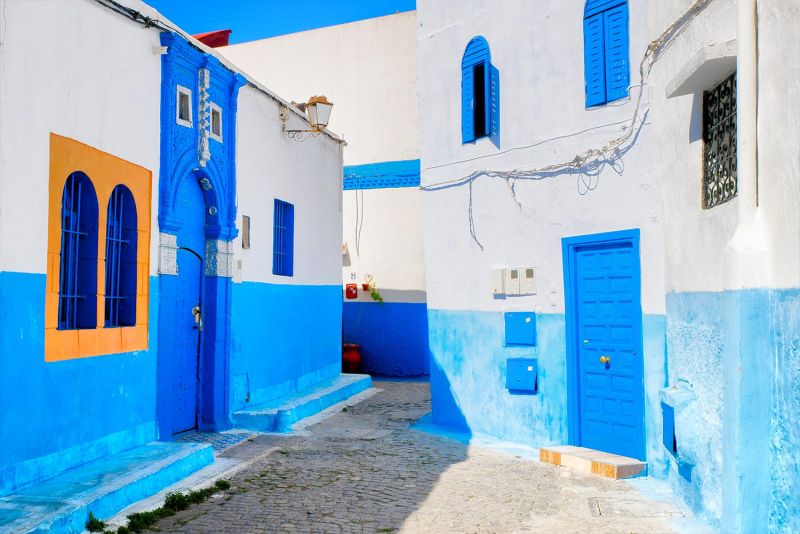