Facts about Morocco: Morocco has been influenced by several civilizations since Antiquity. Each has marked the land with an indelible imprint. This has produced an incomparable historical heritage.
Menu

Legend showed that it was Hercules who created Morocco when he opened the Strait of Gibraltar. The existence of humanity there has been shown to date back to 300,000 years. It was initially occupied by Berbers, the nation opened up to Phoenician and Carthaginian impacts, previously submitting until the fifth century to the Romans.

They would leave relics, for example, the site at Volubilis, vouching for the thriving which originated from agricultural production, from 647, the Arab and Islamic success started. In 788, Idriss I, challenging the intensity of Baghdad, established the Idrisid kingdom in Volubilis.

There pursued the Almoravid dynasties, the Berber winners of the south, at that point the Almohads whose control reached out into Muslim Spain, lastly the Merinids, Berbers from the high plateaus.

With over 274,460 sq.m, the kingdom of Morocco is a sovereign state located in the northwest of Africa. It has the Mediterranean Sea to the north while the Atlantic Ocean to the west.

Tip: Pay a visit to the Amazing Imperial cities with Morocco Travel Packages!

Morocco is home to the world's largest desert known as the Sahara desert!

In Africa, Morocco is the 25th largest country with a population of almost 34 million. Since its foundation by Idris I back in 788AD, the country has been under the rule of a series of independent dynasties. But in the 17th century, Marinid and Saadi resisted foreign domination, which allowed Morocco to remain the only country on the northwest African that resisted the Ottoman occupation.

The residents of this country mainly live in the coastal cities, which include Rabat the capital city of Morocco, and Casablanca (the largest city in the state), the predominant religion in this country is Islam, with the official languages being Arabic and Berber. French is also widely spoken in some parts of Morocco.

Morocco's flag is deep, red with the green and five-pointed star representing the seal of Solomon. Generally, the red color on the flag represents bravery, strength, valor, hardiness. Green represents love, joy, peace, wisdom, hope, and the pentagram of Solomon expresses the pillars of Islam.  Know more about Morocco than most people think.

1. Morocco one of the oldest countries in Africa, as mentioned earlier, the first declaration of sovereignty in Morocco is said to be in the year 78, the early Inhabitants of Morocco are said to immigrate who were trying to escape the Saharan areas due to lack of water. Their journey leads to the Atlas Mountains and later on to the coastal regions.

2. Surprisingly, based on statistics, about 45% of Morocco's workforce is employed in the agricultural sector. However, only 19% of the land in Morocco permits farming, mainly due to the droughts that come once or thrice a year. But Morocco has adapted to these changes in climate with more irrigation systems that can provide water to over 2.5 million acres, which means more agricultural output.

3. Morocco is very rich in natural resources. Phosphate is the most common natural resource in this country. They are mainly used in plant fertilizers and making chemical compounds. Moreover, the phosphate in Morocco constitutes two-thirds of the world's phosphates.

4. Morocco has exciting attractions, such as beaches, desert oases, ancient cities, and many more. It is serving as a tourist attraction. In 2013, it had more than 10 million tourists enjoying a lucrative destination.

The country was awarded the blue flag rating by 2015 since over 23 Moroccan beaches offered excellent water quality, wastewater management, and not forgetting environmental education.

5. The largest wind farm in Africa is located in southwestern Morocco along the Atlantic coast. The project began generating power in 2014 set to provide reliable power as a renewable source.

6. Morocco is also home to the oldest existing educational institution in the world. Morocco's University of Al-Karaouine was founded in 859CE and has been known to provide Islamic studies and theology.

what is the official religion in Morocco?

In the country, Islam plays a significant role in politics, spiritual life, and even social life. 99% of Morocco's population are Muslims, the country is considered a Parliamentary Constitutional Monarchy, which means the country is headed by a king, with the Prime Minister as the head of the actual government.

Is Education obligatory in Morocco?

In the country, children over the age of 7 to 13 are required to attend government-operated primary schools, in Morocco, in terms of education, the country falls back, with only half of the population able to read and write.

Due to its geographical location, Morocco has a lot to offer in terms of culture. Here you will find cultures from the south of Sahara, France, Spain, and even some European countries.

With more effort to reduce the harsh drought condition, the Moroccan government is devoted to planting thousands of acres of forest annually. The trees also aid in keeping the soil together. 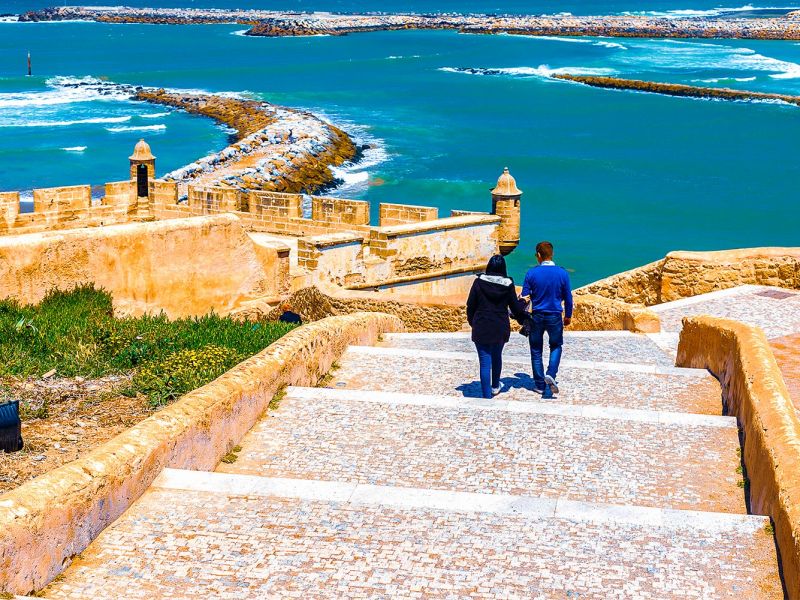 What are the official Festivals in Morocco?

1. On the 30th of July every year, Moroccans celebrate "Throne Day.” Which is a day to commemorate the day their current king ascended to the throne.

Moroccans have the freedom to enjoy all these celebrations.

Tip: Morocco is rich in diversity, with more to offer from beauty to lifestyle. These is only but a few facts about this beautiful kingdom. Despite the economic and environmental challenges, like any other country, the country is known as an oasis of peace.