Its minaret is the tallest structure in Morocco and the tallest minaret in the world at 210 meters; on top of it are laser beams which point towards Mecca helping worshippers position themselves more precisely during prayers. A maximum of 105,000 worshippers can gather together for prayer: its prayer hall can accommodate up to 25,000 faithful while the esplanade is home to 80,000.

The Construction of Hassan II Mosque

Completed in 1993, the Mosque of Hassan II was designed by the French architect Michel Pinseau and built by Bouygues. The mosque is built on a promontory looking out to the Atlantic Ocean. The floor is made from glass, so the ocean below can be viewed and worshippers can pray over the sea. The walls are of hand-crafted marble. The roof of the Mosque is retractable so that it can be opened for worshippers to see the stars at night. With the exceptions of the imported white granite columns and glass chandeliers from Murano, near Venice, Nearly all the materials, in which the Mosque is built from, are from Morocco. 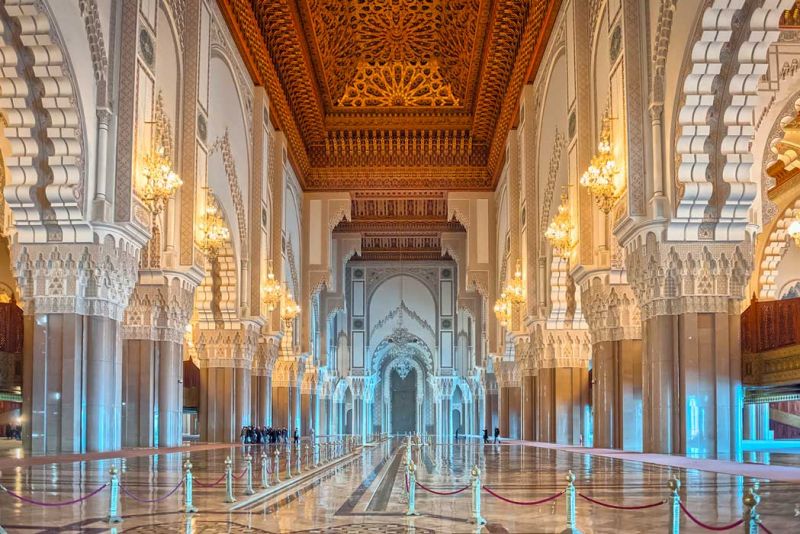 History of the Mosque of Hassan II

The idea behind building the mosque began with the death of King Mohammed V in 1961. King Hassan II requested for the best of the country's artisans to come forward and submit plans for a mausoleum to honor the departed king. It took seven years to build during which the work was done around the clock by thousands of craftsmen and laborers. Construction was originally scheduled to be completed in 1989 ready for Hassan II's 60th birthday; however, the building was not completed on schedule which delayed inauguration. The formal inauguration was chosen to be the 11th Rabi' Al-Awwal of the year 1414 of the Hijra, corresponding to 30 August 1993, which marked the eve of the anniversary of Prophet Muhammad’s birth. 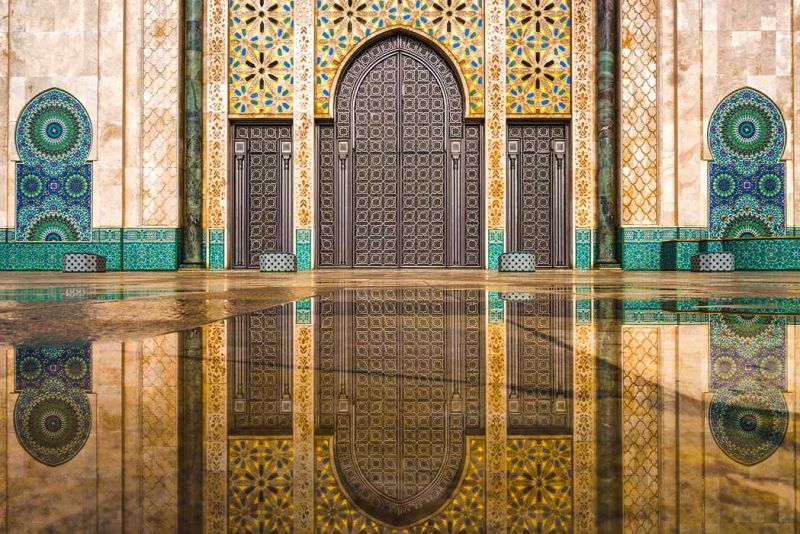 Visiting as a Non-Muslim

The Mosque of Hassan II is open to Muslims at daily prayer times and for special Friday services. The Mosque is one of the few mosques that are open to non-Muslims; however, guided tours are the only way for non-Muslims to enter the mosque and at specific times. These tours take place many times a day in English. There is no entrance fee for being outside, but if you want to see the interior of the Mosque of Hassan II with a guide there is an entrance fee. 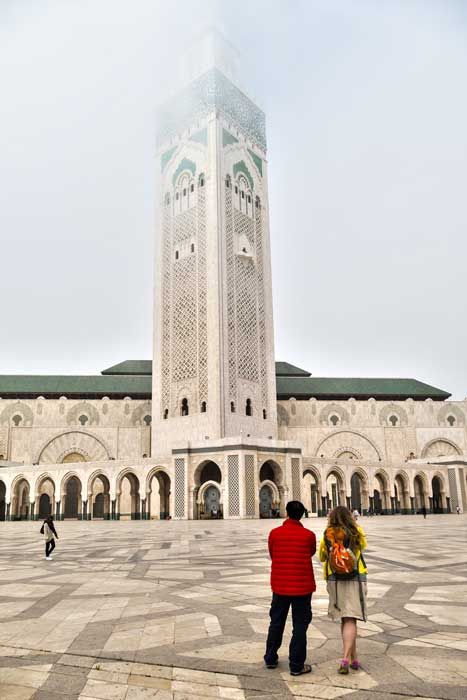 Dress Code and Etiquette in the Mosque of Hassan II

Women don’t have to cover their hair; however, both men and women need to wear clothes that cover their shoulders and chest and that are long enough to cover until their knees. Shorts and short-shirts are forbidden. Also, smoking, eating, or drinking is not allowed while visiting the mosque.

The Mosque of Hassan II Museum

Attached to the mosque is a small museum. It has great details on the mosaics and wood cravings in the mosque. It has no entrance fees.

Explore the awe-inspiring mosque and the most extravagant building in Morocco on a day trip in Casablanca through one of our Morocco Vacation Packages.