Located 90 km south of Casablanca, El Jadida city is one of the charming seaside towns in Morocco that dominates a natural bay of great beauty. Know more!

Located 90 km south of Casablanca, El Jadida city is one of the charming seaside towns in Morocco that dominates a natural bay of great beauty. The city is distinguished by its location: on the Atlantic Coast. That is why the town transforms into a heaving holiday resort with Moroccan families in July and August. However, the city does not only offer sandy beaches, but also plenty of historic and cultural sites.

Explore Morocco Like Never Before with Morocco Travel Packages Now!

The History of El Jadida City

Going back to the 16th century, El Jadida was built as a fortified colony on the Atlantic ocean. Also known as The Portuguese City of Mazagan, the city is one of the first settlements in Africa that was done by Portuguese explorers on their route to India.

The city has witnessed the exchange of influences between European and Moroccan cultures in the 16th, 17th and 18th centuries, reflected in the architecture and technology. The first citadel was built in 1514 by the brothers Francisco and Diogo de Arruda. The architects Joao Ribeiro and Juan Castillo enlarged the citadel turning it into a star-shaped fortification, in accordance with the plans of the Italian architect Benedetto da Ravenna.

Things to Do in El Jadida

Here are some of the places that you will enjoy in El Jadida:

Constructed in 1514, the Portuguese Cistern was a warehouse and it was later converted to provide a reliable water source for the fortress’ inhabitants. Nowadays, visitors can enjoy the space in the cistern, supported by 25 graceful pillars. It is a magnificent image of how the light shining through a circular hole in the roof creates shifting patterns, reflected by a thin layer of water on the cistern floor. Besides, the Cistern Museum next door includes old photos and documents representing the history of the building.

Note: The cistern is open daily and the entry fee is 10 dirhams. 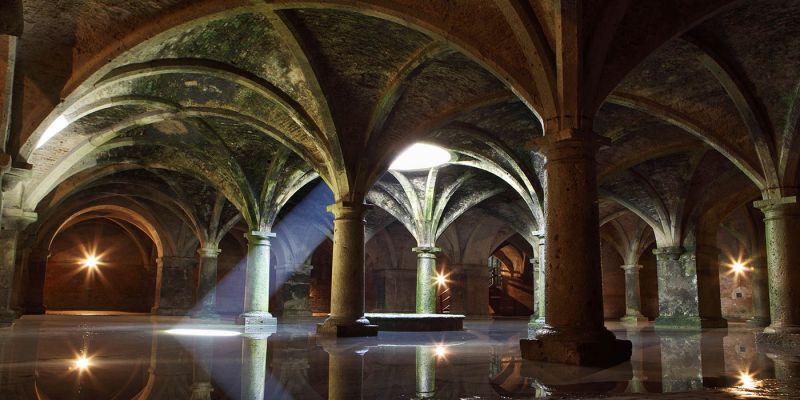 The Fortress of Mazagan

Being the UNESCO World Heritage Site in 2004, The Fortress of Mazagan is the oldest district in El Jadida and is the original Portuguese city. It is one of the earliest examples of a Portuguese military structure. The fortress’s star-shaped ramparts are splendid, 26 feet (8 meters) in height, and 33 feet (10 meters) in width. The main entrance of the fortress is off Place Mohammed Ben Abdallah. Visitors can have spectacular views of the old town and the Atlantic Ocean from the platform’s walkway.

A Day at the Beach

The city has many beaches to head to and enjoy a chilling day. However, the main beach is pleasant for paddling and people-watching, where you can take a tan. Moreover, there are plenty of facilities nearby, like cafés, shops and showers.

For a quieter spot, visitors can head northeast to El Haouzia Beach. For even a quieter spot, head in the opposite direction for 40-minute drive to the golden shores of Sidi Abed.

Summing up, El Jadida city is a perfect destination for sightseeing historical places, besides relaxing and chilling at the beaches.