Thanks to this special ancient world wonder, a new term was added to the heritage architectural definitions. The word mausoleum which is now used as a descriptive term referring to the memorial tomb is originally derived from the name of Mausolus for whom the marble structure was built. The tradition of building the memorial tombs commemorating the death of significant characters and families.

The Mausoleum of Halicarnassus is the best to include in your Turkey Travel Package after the Great Pyramids of Giza, Egypt as the longest surviving Ancient World Wonder

- Mausolus reign and the Greek Culture recognition in Halicarnassus

- The Present of Mausolus mausoleum 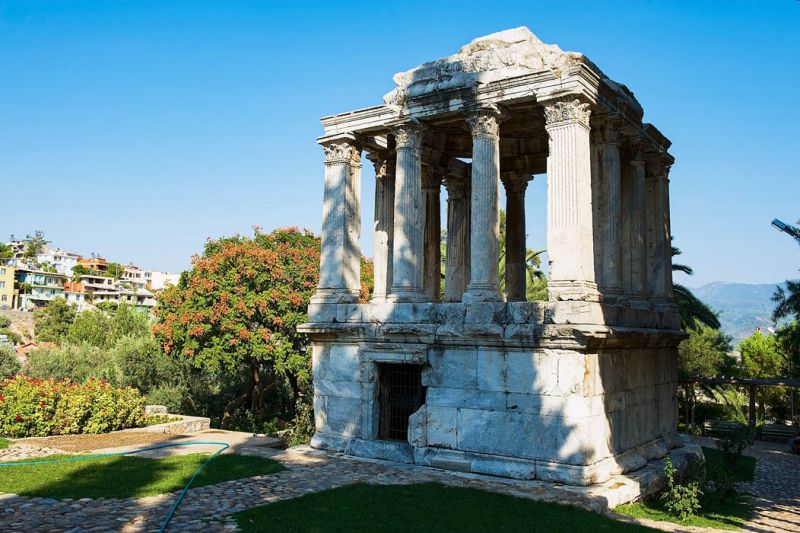 Mausolus reign and the Greek Culture recognition in Halicarnassus

By 377 BC, Mausolus father died, then he ascended the throne to be the ruler of the Caria city in the Persian Empire for the coming 24 years. Carians who inhabited the city were herdsmen, however, Mausolus appreciated the Greek Culture and encourage the people of Caria to follow the same lifestyle. Mausolus moved the capital from Mylasa to Halicarnassus city of the coast. Many property projects were initiated during his reign for the development and expansion of the city. 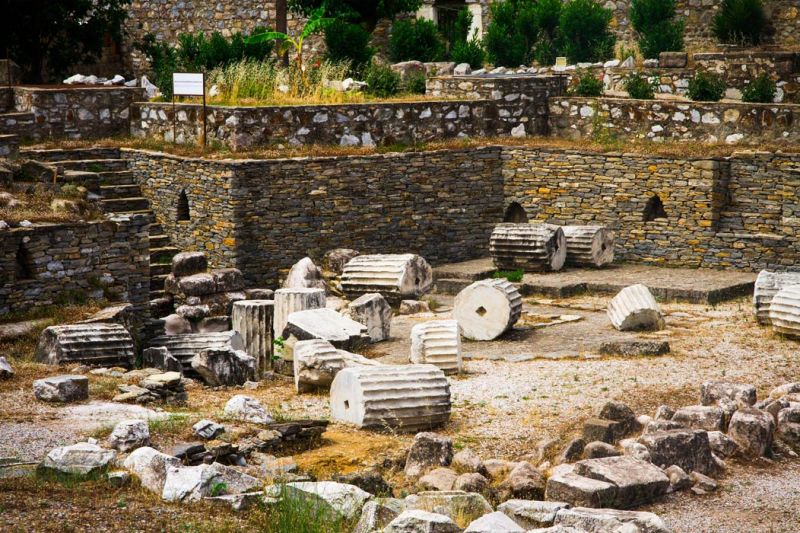 The ruler Halicarnassus built his city between 353 and 351 according to historians. The design of the structure is said to have been inspired by the 4th century BC Nereid Monument of Lycian Xanthos, Leading the hundreds of workmen and artisans. Over a flat platform, the base was set for a strong everlasting building. The structure was once encircled with an enclosure wall and a courtyard. The stairs were in the protection of two lines of stone statues. The open court was once housed several statues for gods, goddesses, legendary warriors, and the mausoleum in the center of the glorious representations. At the center, the burial chamber that accessed by a staircase to the western side gathered the relics of the Emperor and his wife.

By 353 BCE, Mausolus passed away and his sister and official wife Artemisia II hoped to build him an eternal memorial structure commemorate his name, that’s why the most skillful artists were brought specially for the mission. Unfortunately, two years later  Artemisia II followed her husband in 351 BCE, before the magnificent structure she dreamed get completed.

Heading to Bodrum, Turkey, visiting the remains of the Mausoleum at Halicarnassus, built of Marble structure forming the massive tomb built for Mausolus, 350 BCE, one of the Seven Wonders of the World, the Mausoleum of Halicarnassus,  The ruler of Caria, lies in the southwestern corner of Asia Minor. The mausoleum was built over a hill overlooking the whole city. 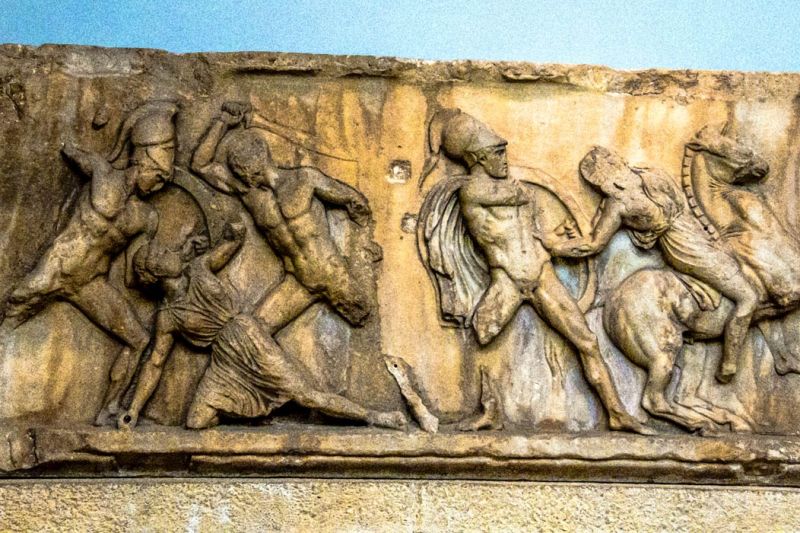 By comparison to several architectural elements back to the 15th century in Bodrum Castle said to be taken from the mausoleum, the structure is following the Greek architects Pythius and Satyros. The decorating sculptures of the building sides, each was assigned to a different artist Scopas, Bryaxis, Leochares, and Timotheus.

Pliny the Elder, the Roman historian is stating that the structure took a square shape extended over 125 meters. The mausoleum once was standing over  36 columns, surmounted by a 24 stepped pyramidion structure and Artemisia riding four-horse marble chariot. 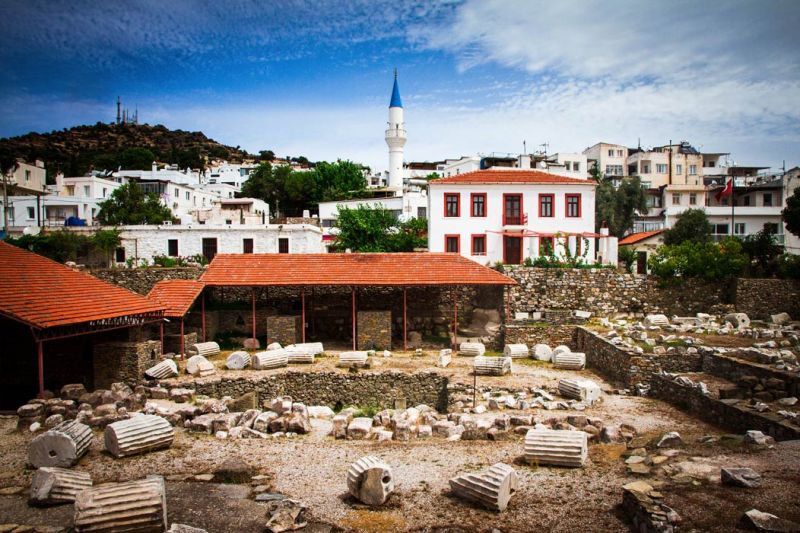 The mausoleum structure was probably demolished due to an earthquake hit the city between the 11th and the 15th century. Several earthquakes said to hit the city in the 13th century, caused the damage of columns, up till the early 15th century, only the ground of the building could survive. The mausoleum is documented to have lived for over a millennium. Remains of plaster and lime were found in Bodrum castle. 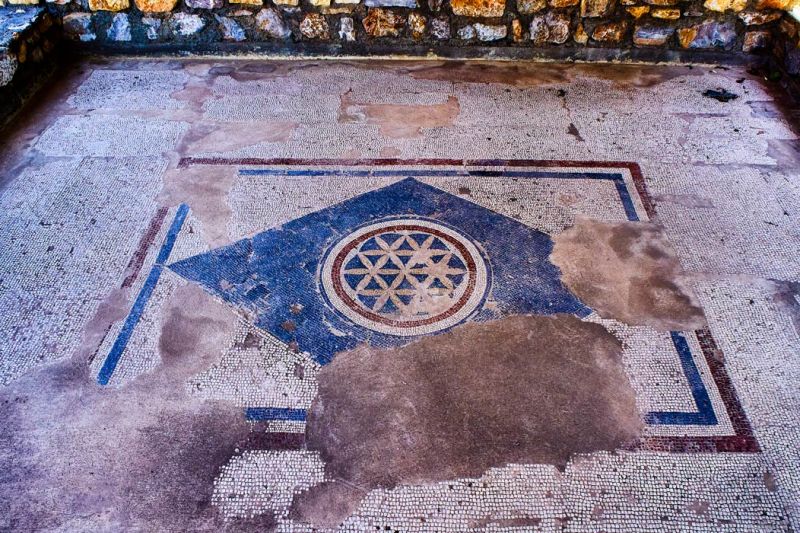 By the 19th century, Charles Thomas Newton, the British Museum officer managed to discover the remnant of the mausoleum and re-locate them to their original location. Decorations, wall reliefs, stepped roof, the marble chariot, and two statues.  All the findings were transferred to London to be displayed in the British Museum.

The Present of Mausolus mausoleum

The British Museum exhibitions embracing the sculptures fragments of the Mausoleum along with the Podium, a frieze of a Greek battel and a 3 meters high statue possibly for the ruler Mausolus. The decorations bear a representation of the battles between the Greeks and the Amazons.

In 2017, The Danish Halikarnassos Project has been announced to hold the responsibility of reviving the Mausoleum of Halicarnassus, with no certain date for the restoration process.
Nowadays, the site is declared by the Culture and Tourism Ministry of Turkey as an Open-Air Museum featuring the Ancient World Wonders. 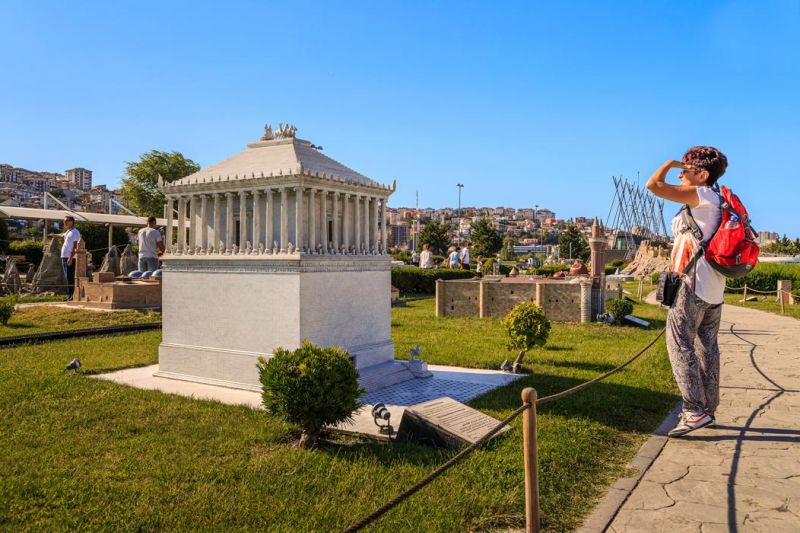