Inquistive holidaymakers are always happy with the range of places to visit in Bursa. Standing in a group of its own, Bursa has risen the ranks to become Turkey’s must-see destination. While western holiday package companies are yet to try into the area, it makes a roaring trade with independent travelers and Middle-Eastern nationalities attracted by its strong cultural heritage.

Called “Green Bursa” because of many parks and gardens, Bursa sits at the foot of Uludag Mountain, one of Turkey’s top skiing points. The year-round tourism destination is also leading the real estate market as more Turks and foreigners buy property to tap into its potential.

It is the most classical and monumental sample of the multi - domed mosques. It has the biggest size (318 square meters) among all of the Turkish mosques with its rich and roomy space. Its balcony with small tenon panels, finely processed with Greek and palmettes, parapet networks with geometrical samples, inscription on its front side and networked corolla is a master piece of art of transition from Seljuk style to Ottoman style.

According to the rumor related with the construction of sadirvan; some lands should have been nationalized for construction of Ulu Mosque. Sadirvan's place belonged to a Jewish woman. This woman who did not want to give her land had seen in her dream one night that everybody was running to the same direction.

She curiously asked them where they were going, and took the respond of 'Heaven!'. She also wanted to run but they stopped her, as she was not giving her land. Jewish woman who had impressed much from this dream, had gave her land next day on condition that they would build a sadirvan.

When the construction process of the mosque discontinue due to financial problems, Christian and Jewish communities supplied a certain amount of money, then in return Muslims used the stones on which David's Star and Cross signs are engraved on the windows of the mosque to show their gratitude.

There is a tomb with eight edges near to them on the north direction. Today's shape of Emir Sultan Mosque, a beautiful sample of mosque type with single dome in a courtyard with a sadirvan, was constructed in 1804 during Sultan Selim III period.

The mosque has an angular shape which was used too much during the primary period in Ottoman architecture. Its niches and balconies are from 18th century, and it is of Baroque style. Its entrance door is one of the most beautiful samples of wood work. There are 12 pieces of tombs within Muradiye Kulliye, which are constructed in the name of Murat II and his family.

Orhan Mosque and Kulliye (Center): Kulliye, which is constructed by Orhan Bey between 1339 and 1340, is composed of mosque, theology school, charitable establishment, school, hamam and inn (Emir Inn) structures. It is on the east part of Ulu Mosque, and one of the first samples of Ottoman Kulliye.

Unique in Ottoman architecture, the two storied complex's first floor is a mosque while the second floor is a theology school. Architecture of the structure, which has an appearance of a palace with its imposing external minaret, is not certain. Two layered forehead with upper layer porticos, opened with double steep arches with middle column aside and front, is gaining an imposing panorama reminding the Venetian palaces. Sadirvan under the dome, whose middle part is open, creates a harmonious atmosphere with gentle splashes.

Oposite to Hudavendigar Mosque, there is the tomb of the Sultan Murat II (Hudavendigar) , who died during military service in 1389 in Cassava War I . The epitaph of the tomb constructed by Yildirim Bayezid is dated 1722.

Tomb which is the single structure with its inscription is on the north east of the mosque. The tomb which was constructed to Mimar Ali bin Huseyin by Yildirim Bayezit's son Suleyman Han in 1406, is the first sample of Ottoman tombs with portico. 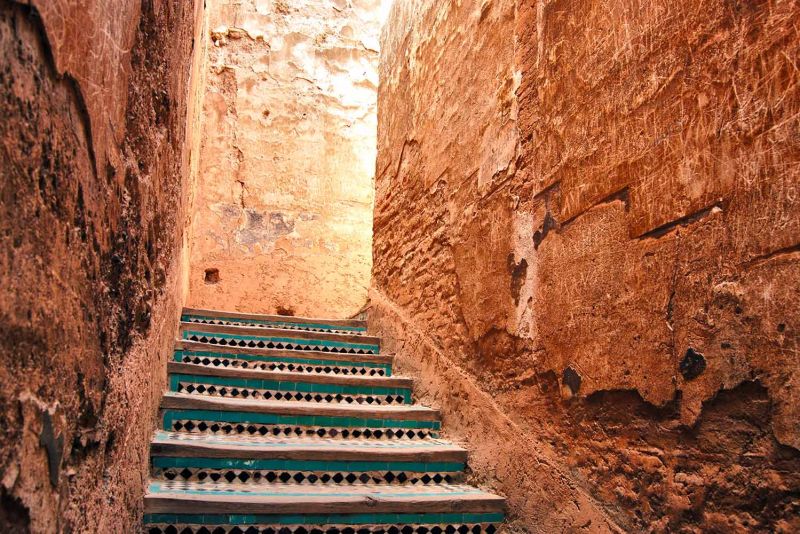 Read more About Best of Bursa Attraction in Turkey: