Named originally Cyssus in the ancient time, the name of the location was eventually changed to Çeşme due to the cold and delicious water resources in the region. Know more!

Originally named Cyssus in ancient times, Cesme is an ancient city that lies west of Izmir. The name changed from Cyssus to Cesme because of the cold water resources in the city, as building fountains was a tradition. The city is extending into the Aegean Sea and it offers a breathtaking view of the sea and the mountains.

Cesme is a promising city for a perfect vacation, besides Bodrum, Marmaris, Fethiye, Alanya, due to its sun, multicultural heritage, beaches and coasts, water sports and last but not least it's delicious Aegean cuisine. The region is famous for its clear blue seas, landscapes, cultivated fields of sesame and artichokes and fig and gum trees. The Alacati region is especially preferred; thousands of people visit it annually, which is suitable for windsurfing. 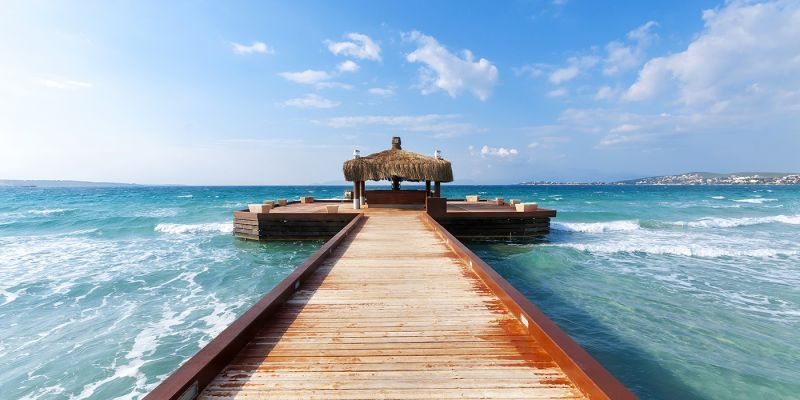 Tip: Turkey is a rich country in culture and history, pick up the best experience choosing Private, Sharing Turkey vacations OR selecting one of our Turkey tours.

The city is diverse and multicultural, as it was under the rule of the Lydian, Persian, Pergamon, Roman, Byzantine and Ottoman empires throughout the centuries. Is cultural mosaic is spectacular?

Cesme is the site of ancient Erythrai, dating back to the 7th century BC. It was established by the Cretans as one of the cities of the Pan-Ionian League. It is now considered one of the most visited places in the Aegean region.

In the 11th century, a Seljuk Turkish force under Çaka Bey captured Cesme from the Byzantines. In the 13th century, the Seljuks began to decline, as a result, the city became part of the Aydin Okullari. Then in the 14th century, the Ottoman Sultan Yildirim Bayezit captured the city. After his defeat against Tamerlane (Timur), Cesme went back under the rule of Aydin Okullari and recaptured by  Bayezit’s son Mehmed in the 15th century.

A Genoese fortress, established in the 14th century, was restored by the Ottomans in the 16th century. It dominates the small port of Cesme; and currently, it houses a museum of weapons and sea history. The caravanserai near the fortress (Öküz Mehmet Pasa Kervansaray) was built by Süleyman the Magnificent and was converted into a hotel. The hotel is made of solid stone and remains cool during the hottest weather. Moreover, the Church of Agios Haralambos was converted into an art gallery.

Before Izmir, Cesme was the dominant port of the region. The goods were unloaded from the camels here to be exported to Europe by ship through the Aegean and Mediterranean.

Top 7 Places and Activities to do in Cesme

The diversity of excellent holiday accommodations, restaurants, and entertainment facilities are to be discovered in Cesme. The city has everything from beaches and sea to the nightlife. A harbor linked to Izmir with a superb highway (80 kilometers - 50 miles) decorates the beautiful town. 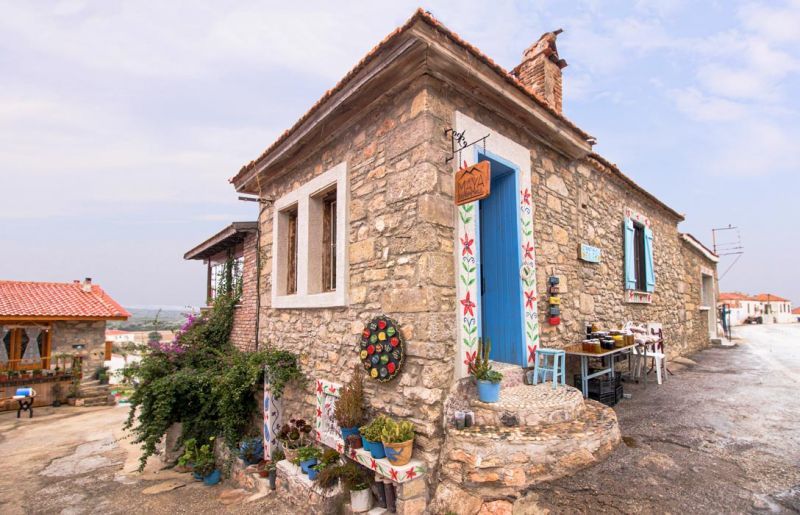 It is the most famous region in Cesme for its location and nightlife activities. It is close to the sea and visitors can find the best quality restaurants, cafes, and bars. In addition, it is the best choice for surfing enthusiasts, as it is the best windsurfing region in Europe.

Dating back to the 7th century BC, it lies 2o km northeast of Cesme. Eritrea is the historical name of Ildiri village, where there are remnants of the Athena temple.

This castle was built during the Ottoman Empire and it is one of the most important sightseeing spots of the city.

The Reisdere Spa is 5 km away from the city. It is healing for rheumatism, eczema, stomach and gynecological. It is a highly recommended experience.

Explore the different islands of the city, go seal and dolphin watching and more.

The village features samples of Ottoman architecture. It is famous for its white-colored traditional houses.

Cesme is a perfect introduction to the typical Mediterranean climate. The city is hot and dry during summers whereas rainy and mild during winters.

Known for its geographic location, in Cesme, one can find a variety of accommodations. There are various hotels, hostels and more with an appropriate budget. In addition, you can a villa, house or apartment.

Cesme is situated in a convenient location for transportation. It is easy to transfer by air or sea. From Istanbul, Ankara, Antalya and Bursa visitors can transfer by bus. By air, you can transfer from and to Izmir Adnan Menderes Airport.