Founded by the Ionians and formerly known by the name Neopolis, Kusadası has been the cradle of culture and art throughout centuries.

Kusadasi is one of Turkey’s beach resort town and is a major cruise ship destination on the western Aegean coast. Kusadasi Tours is reputed for being one of the most attractive cities on the Aegean shore. It is also considered as a  jumping-off point as it is close to the important historical sites, namely Ephesus, Temple of Artemis, Goddess Artemis, House of Virgin Mary, Seven Sleepers, Didyma, Priene, and Miletos.

Home to many civilizations, the first settlement in Kusadasi was established by Yılancı Burnu, Cape of Ophiuchus. Acting as one of the major seaports of the ancient times connecting Anatolia to the seas, Kusadasi has been the cradle of culture and art throughout centuries. The long and narrow streets of Kusadasi are populated with gorgeous adjacent houses illustrate the quaint architecture of the city. Apart from its scenic beauties, Kusadasi harbors a variety of restaurants offering special plates which are unique to the Aegean region. 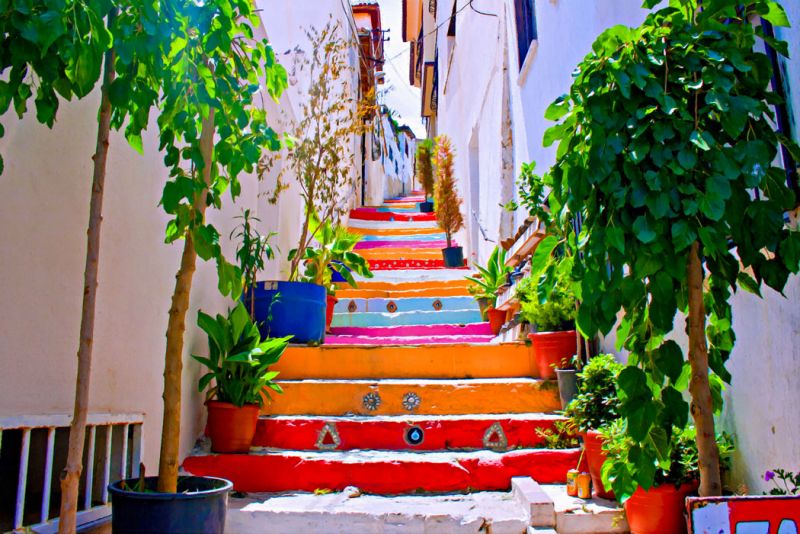 Why is it called Kusadasi?

Although the exact time of foundation of this antique city is unknown it is for sure that this pearl of the gulf was established by the Ionians under the rule of Ephesus. Engaged in trade and maritime, the Ionians provided a major contribution to the enrichment and development of the region.

Kusadasi is known for the numerous numbers of beautiful beaches it has. One thing that is common in all of them is the crystal clear water and the amazing weather. That’s why water sports are popular in Kusadasi, such as the banana boat, jet ski, pedalos, and parasailing. Some of the well-known beaches there are Downtown Beach, Ladies Beach, Long Beach, Silver Sand Beach, Paradise Beach, Kustur Beach, Love Beach, and National Park Beach.

Kusadasi has a typical Mediterranean climate. It has hot summers and mild winters, so it provides a long tourism season. For 300 days of the year, the city is bathed in sunshine.

Known in English as Pigeon Island, Güvercinada is a peninsula connected to the mainland Kusadasi through a relatively narrow, man-made causeway which is 350 m in length. The Pigeon Island is a favorite spot for a seaside walk; it has a castle and swimming beaches, including a private beach and cafe with a view back across the bay to the harbor of Kusadasi. The public beaches are located at the back of the peninsula. 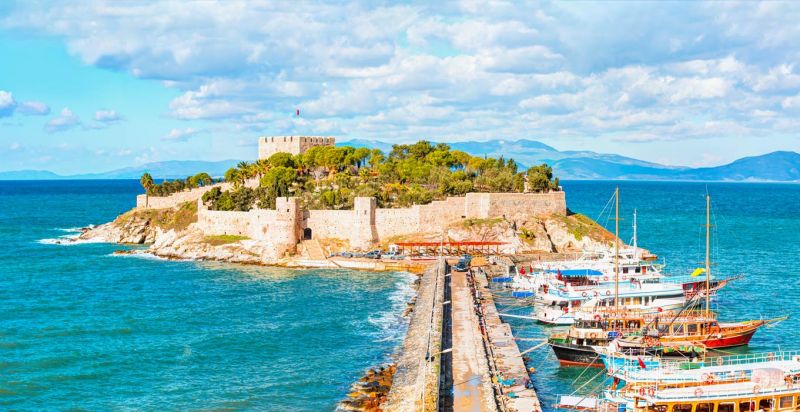 Most of the attractions in Kusadasi are found in the harbor area. The harbor is one of the things that stayed true to its roots in Kusadasi despite of its growing popularity. It remains as one of the top cruise-ship destinations. 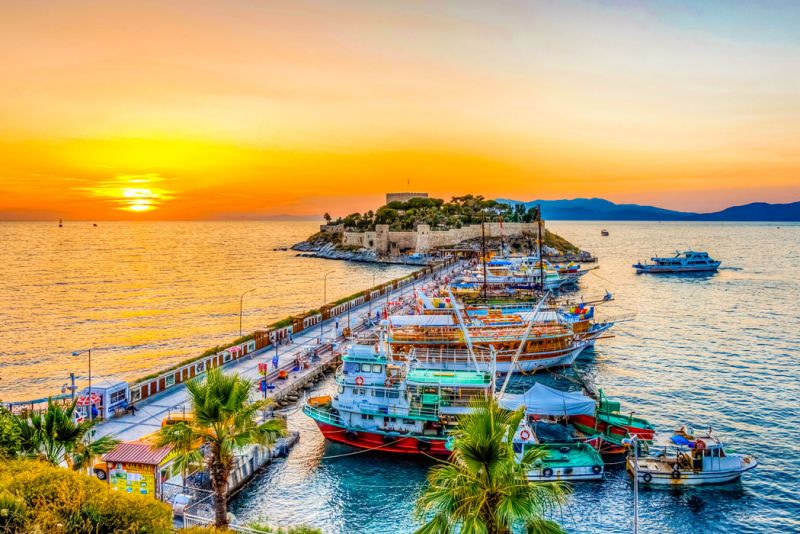 It is the most popular beach and swimming spot in Kusadasi. The Turkish name Kadınlar Denizi, which is a translation of Women's Sea, comes from the historical usage of the beach during the Ottoman period. At that time, only women were allowed to swim there; however, today both men and women are allowed in the beach. The Beach is lined with palm trees, full of shops, bars, cafes, restaurants, and many hotels to the extent that the beach looks like a resort in itself. 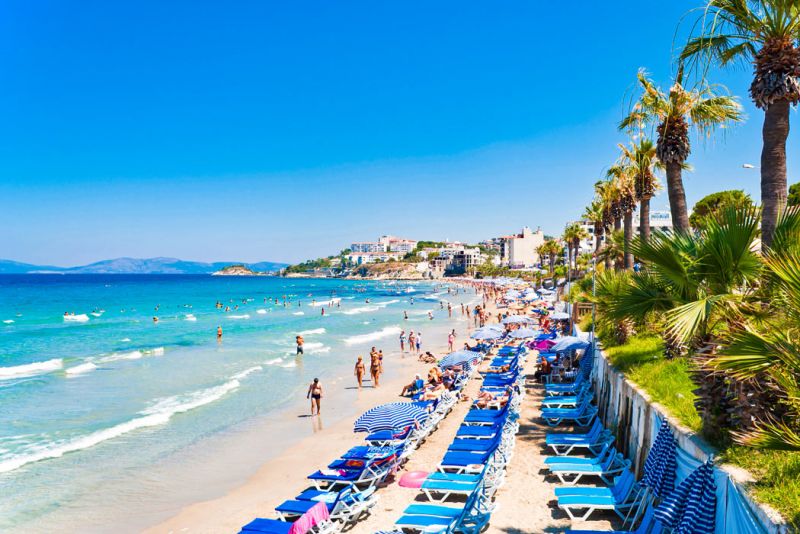 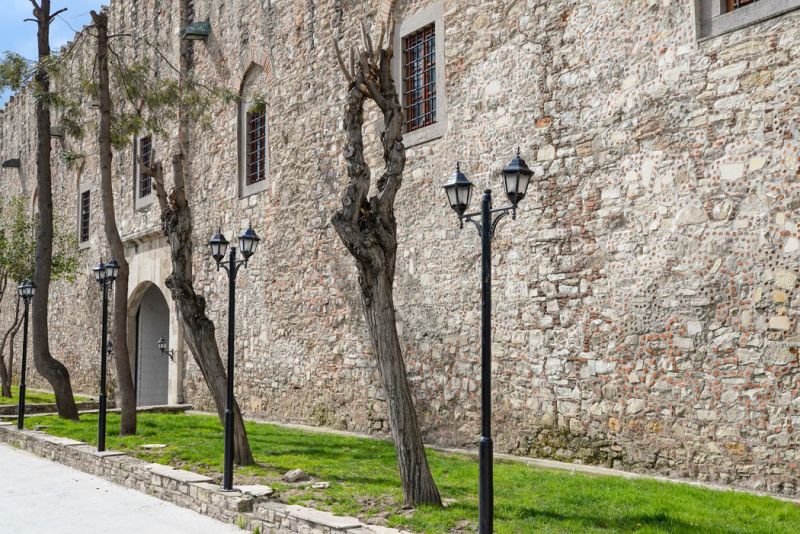 Go for a Dive

Kusadasi bay is a volcanic one which means that the sea bed is covered in cracks and fissures that emits hot water. Divers are generally quite surprised at how hot the water is when they dive into one of these hot water outpourings for the first time. There are three main locations for diving in Kusadasi, namely Shore Dive, Barabaros Reef, and Adabanko Reef.

Kusadasi is a shopper’s paradise with its endless range of shops and bazaars that offer excellent value in genuine fake designer goods, carpets, leather, jewelery, souvenir’s, silks, and clothes. The Grand Bazaar in Kusadasi is one of Turkey’s largest shopping markets troves and a pleasure to walk around and explore. 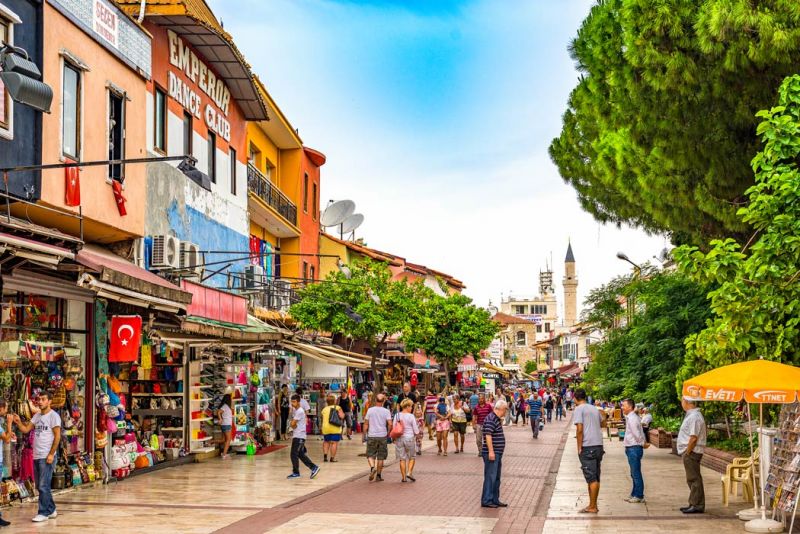