Shaped by the hand of nature and extant since the ancient times, Pamukkale is one of the world's most outstanding legacies.

Shaped by the hand of nature and extant since the ancient times, Pamukkale, meaning cotton castle in Turkish, is one of the world's most outstanding legacies. The site is comprised of terraces and travertine formed by hot springs and streams depositing carbonate minerals; you will be amazed with the dazzling white Pamukkale travertine terraces. Pamukkale’s waters believed to have curative powers and been used as a thermal bath since centuries.

Noted for its extraordinary characteristics, the ancient site has been inscribed on the UNESCO World Heritage List in 1988. Pamukkale has also become a crucial site to Christianity after one of the apostles of Jesus, St Phillip, was murdered in this city.

Pamukkale is a natural site located in the province of Denizli in southwestern Turkey. The area is famous for a carbonate mineral which was left by the flowing water; it is located in Turkey's Inner Aegean region, in the River Menderes valley.

Located near to Pamukkale, Hierapolis is an ancient cite that attracts worldwide attention for its majestic buildings and monuments. It was built in 200 BC by Eumenes II. He built it in dedication to the Amazon Queen Hiera, wife of Telephos the founder of Pergamum. The city lost its Hellenistic facade due to a series of earthquakes; however, it gained a new facade reflecting the influences of Roman architecture during the reconstruction period. 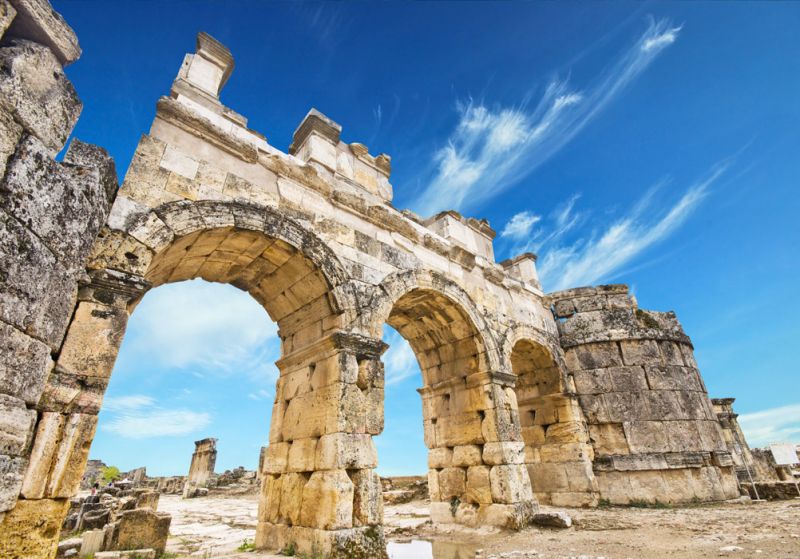 When to visit Pamukkale?

The Pamukkale weather can be extreme at different times of the year. The summer heat can be unbearable, whereas in winter, it can even snow. Spring, from April to June, is the best time to go there as it sees moderate dry weather with longer days to enjoy your time on the terraces.

There are many amazing things you can do once you are in Pamukkale and many attractions to see that will dazzle you.

You cannot travel to Pamukkale or even Turkey without seeing the famous travertines. The travertines were formed a long time ago after a series of heavy earthquakes that occurred in Europe and Asia. The aftereffect of these earthquakes is what led to the current formations. The place is famous because of its carbonate mineral left by the flowing water and its dazing beauty. The patios at the upper levels hold pools of water where you can take a bath in the natural thermal pools there while enjoying the spectacular view, especially during the sunrise and the sunset. 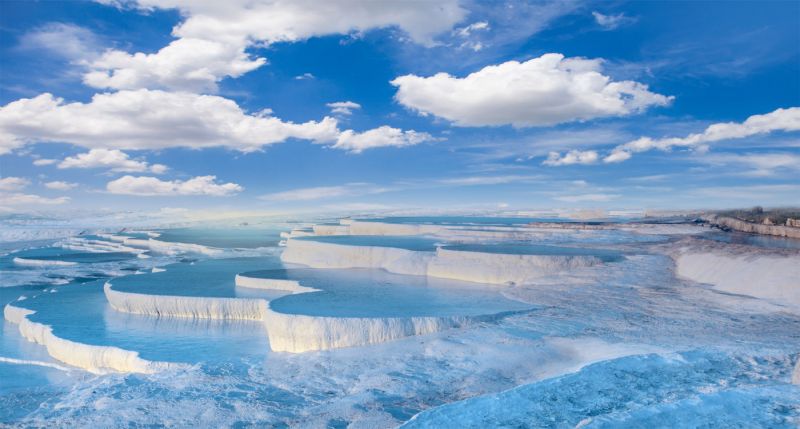 Hierapolis was a flourishing city during the Roman Empire. Although it was destroyed several times and rebuilt afterward, you can still see some parts of its beauty through the remaining ruins. You can take a walk through the ruins and experience some glimpses from the past. 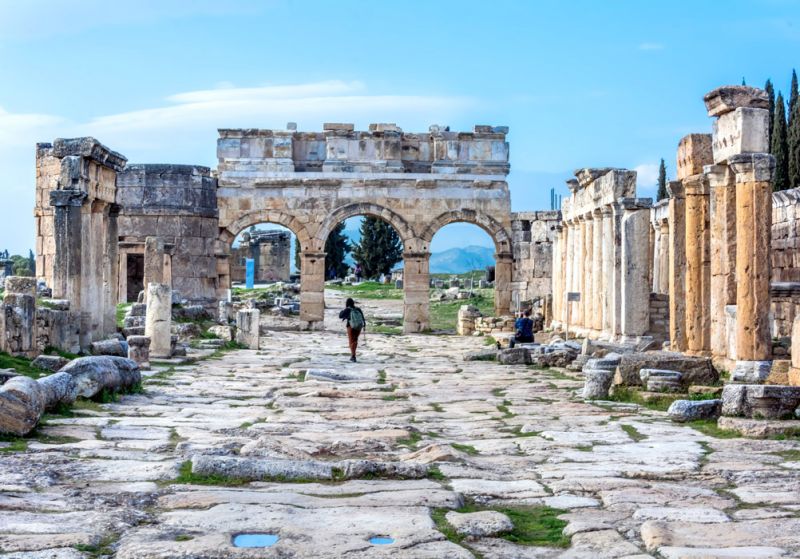 The theater is actually a part of the ancient city itself; it sits on a slope above the rest of Hierapolis. Its exterior is more than 100 meters in length and has two levels of seating, each with 26 columns. The short hike up there can be a bit tiring; however, the view from there is very rewarding. 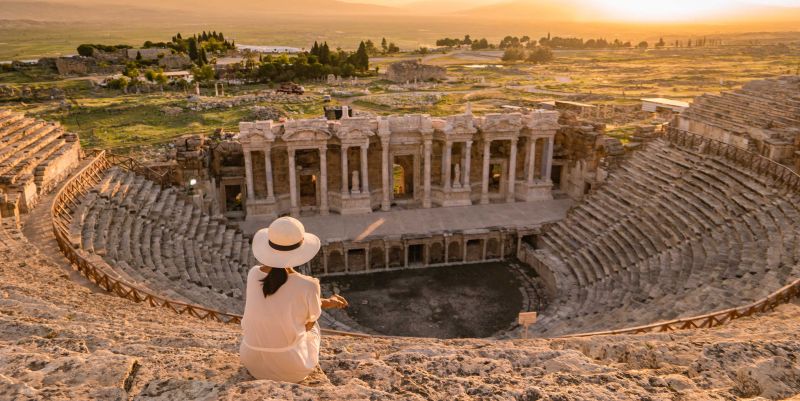 Attached to the city is a museum that has a collection of ancient artifacts. It is inside the old city’s previous Roman shower house. Visiting it is considered to be amongst the best Pamukkale activities. 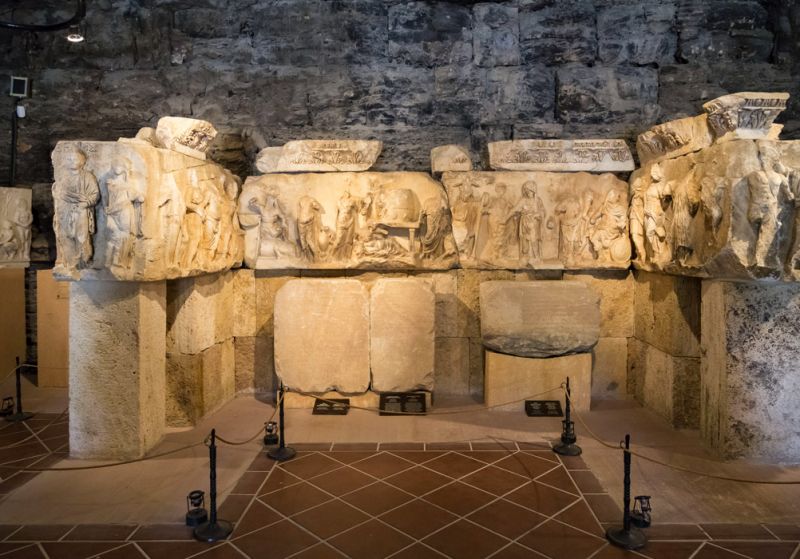 Pamukkale Antique Pool, famously known as Cleopatra’s pool, is the perfect stop to alleviate those exhausted travel muscles in mineral-rich hot spring water. It is said that the pool was one of the favorite places of Cleopatra, the former queen of Egypt. You get to paddle amongst centuries-old columns and marble blocks which apparently, they fell into the pool during an earthquake and nobody removed them since then. 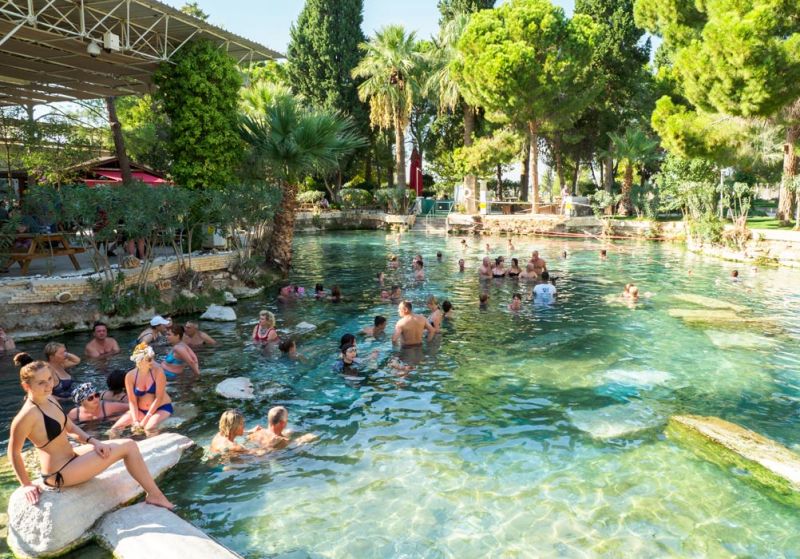 There are companies there that offer tandem paragliding over Pamukkale and Hierapolis. Even if you are not a thrill seeker, just watching the paragliders’ and bright colors striking against the white and blue of the terraces, it will feel like giant butterflies are floating across the sky. 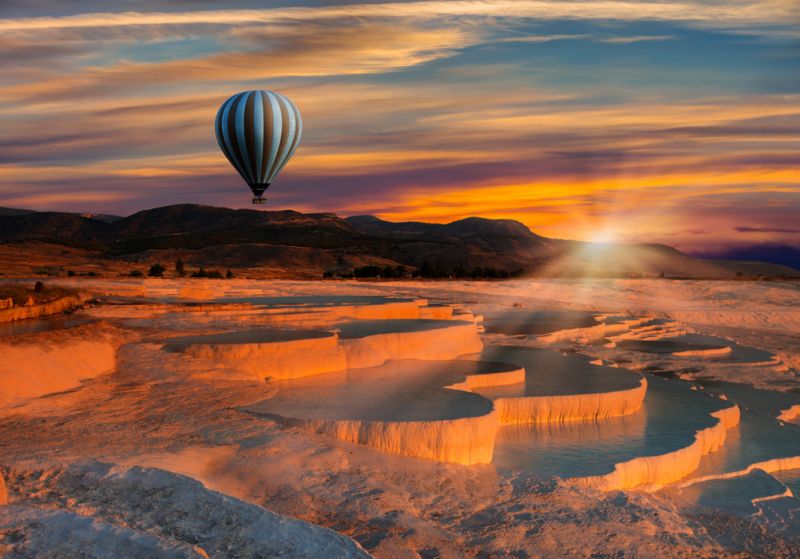 Relax and enjoy the gorgeous blue and white scenery of the travertines at Pamukkale through one of our Turkey Tours!