Heading to a special type of Cultural and Heritage tours within Turkey Tours, we will find the bright Sufi Heritage enlighten all along with the Turkish land and History. Since, Galal Al-Din Rumi the founder of the spiritual sect of Sufism and his own mausoleum is now at Konya with an annual and regular festivals, your Turkey trip might include some of the Sufi sightseeing such as that of Haji Bektash Veli complex or Hacıbektaş Külliyesi in Turkish in Nevsehir Province, Anatolia, less than an hour from Goreme, in northern part of Cappadocia. The complex of Haji Bektash is listed on of the UNESCO world heritage in Turkey since 2012. So it could not be missed within the itineraries of  Turkey Travel Packages. 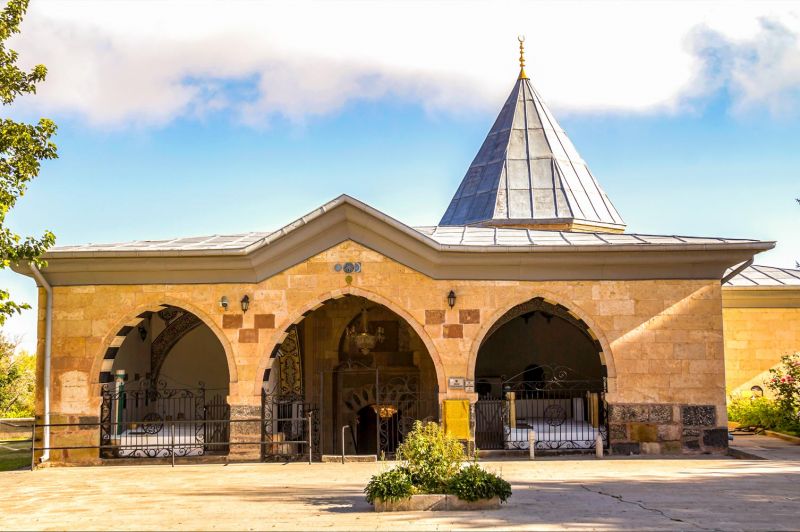 Haci Bektas Veli is the practitioner of Hoca Ahmed Yesevi’s doctrines in Anatolia. Bektashism, philosophy of Haci Bektas Veli reached beyond Anatolia, in the Middle East and the Balkan countries. In a hilarious way, Haci Bektas inspired the Human Rights Declaration of the United Nations in 1948, when he gave us his messages and teachings about Love-God-Man and Humanity.

Most likely in the years between 1243 and 1248, in Khorasan, Haci Bektas-i Veli was born to Seyyid Ibrahim Sani and his wife Hatern Hatun. His parent's teachings built him an enlightened mind and vision. Then after his studies under the supervision of Hoca Ahmet Yesevi to mathematics and physics along with literature and philosophy. Then comes the role of Sheik Lokman Perende, Ahmet Yesevi's students and successor, he studied mysticism. His study to the Islamic mystic, he started to seek the path of the infinite love inside his heart, then came his visit to Mecca in the pilgrimage, then heading to Syria, Persia, and Iraq. This long journey formed a special spiritual figure coming back to Anatolia. 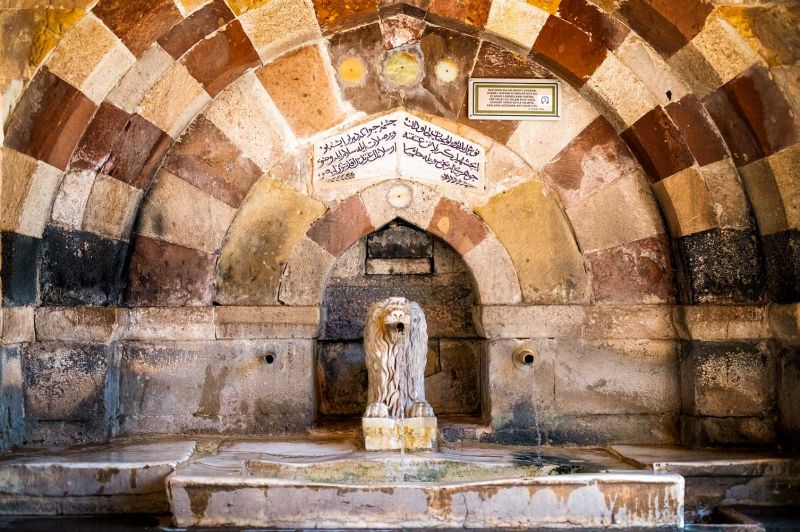 Haci Bektas-i Veli's philosophy was built over 4 pillars/doors/roles that are, The religious Low, the Mysticism, the Truth, and the Spiritual Knowledge.
The Nobel complex was erected in the 13th century for commemorating the name of the Turkish-Islamic mystic, Sufi philosopher and Shiekh Haji Bektash Veli and the eponym of the Bektashism after his death. The Khanqah or Ribat of the complex where followers and students gathered for rituals and prayers is considered one of the very first examples of Royal Khanqah in whole Turkey.

Sufi Ceremonies related to the Alevi and Bektashi still of the most important festivals held in Turkey and the Middle East. One of them Semah Ceremony that was considered on the UNESCO Representative List of Intangible Cultural Heritage of Humanity in November 2010. 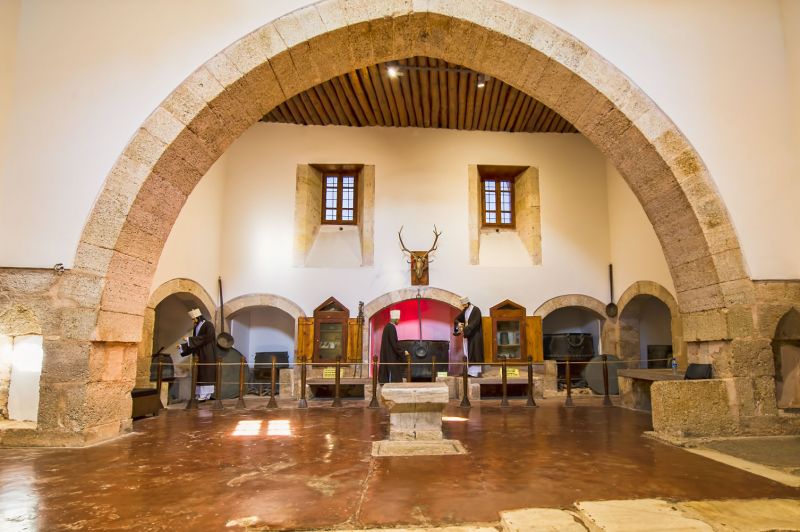 The Complex of Haci Bektas Veli is now recognized as Bektashism center and one of the rare structures representing the philosophy order and features. The architecture of the complex design is reflecting the spirituality of the Bektashism beliefs about life, nature, and human.
The building of Haci Bektas Veli is one of the leading examples of Turkish Palaces with its elements and architecture. Courtyards, cells and chambers and dervish lodge courtyards were followed. The structure was erected of simple stonemasonry and decorated with ornaments signifying Bektashism.

When vesting the major structure after passing the entrance you are led to a major courtyard, including some buildings for the followers (dervishes)who worked and lived for the love of the belief, yet these buildings were damaged after the transformation into a museum. A major structure of a fountain, symbolizing the Creator, Muhammed, and Ali, a fundamental concept of the Alevi faith.

A small open area/garden was once dedicated for horses, leading to a second courtyard where a large pool for birds and flowers used to be filled with water.
The lion fountain is considered one noticeable structure you will notice. It's inscribed that this fountain came from Egypt as a gift in 1853.
The second courtyard embraced the hall where the sacred cem rituals and festivals were held. The coming gateway you are passing is leading to the third courtyard, is the most sacred place in the whole complex where the mausoleum of Haci Bektas Veli stands, in the attendance of his followers and students Balim Sultan and Kalender Sah tombs. The mausoleum walls are decorated with painted kalem isi, and Bektashi calligrapher. The currently existed door is original.  The mausoleum of Haci Bektas Veli is known as Pir Evi. The tombs then are taking ranks according to the higher degree descending.

The symbolism in the architectural and decorative elements of the monument is witnessed in every angel. The eternal conflict between True and False are represented as the water and fire, the rose symbolizing synthesis and love.
Symbolizing and indications reached the construction of Cem chamber and Meydancı Baba chamber, as it was designed with attached beams referring to the 9 levels of the celestial sphere. The doorways were designed in a very smart way obliging the comer to enter the room bending his back in respect. The 12 peltries clustered in 3 groups on coaches of Cem Room are symbolizing 12 imams.
Restorations and renovations we witnessing today are mainly of the 16th century.

The complete reforming of the Father of Turkey, Mustafa Kamal Ataturk, on his work for creating a secular Turkey, in 1925, the relics of Bektashi were sent to Albania and the whole complex was transformed into a museum in 1946. The structure is being visited and festivals are held inside in August if your trip to Turkey synchronized with the same time you got the chance to attend the international commemoration ceremonies by the followers.