The Museum of Anatolian Civilizations of Turkey The Anatolian Civilizations Museum is in two Ottoman buildings located near Ankara Castle, within the Atpazarı district of Ankara. one in every of the buildings is Mahmut Paşa Bedesteni and also the other one is Kurşunlu Han. Bedesteni was built by Mahmut Paşa, one amongst prime ministers (vezirs) of Mehmet the Conqueror during 1464-1471.

The building doesn't have any inscription. It's recorded within the sources that pure Angora garments were distributed here. The planning of the building is of the classical type. There are 10 domes covering a rectangle designed to surround the placement, and there are 102 shops facing one another. According to the historical records and registry books, Kurşunlu Han was built as a foundation to finance Mehmet Paşa's (Mehmet the Conqueror's vezir) alms giving in Üsküdar, Istanbul.

It doesn't have an inscription. During the repairs of 1946, coins of the Murat II period were discovered. The findings indicate that the Han [inn, caravansary] existed within the 15th century. The Han has the everyday design of the Ottoman Period Hans. There's a courtyard and an arcade within the middle and that they are surrounded by two-storey rooms. There are 28 rooms on the bottom floor and 30 rooms on the primary floor. The rooms have furnaces. there's a barn with an "L" type on the bottom floor within the west and south directions of the rooms. There are 11 shops on the side of the Han, 9 shops on the side and 4 shops facing one another within the garden.

The inn (Han) was built by Mehmet Pasha and in 1467 Mehmet Pasha was promoted to Prime Minister (head vezir). The vaulted bazaar was built upon the orders of Mahmut Pasha who kept his position until 1470. He had his mosque, charity and madrasa in Üsküdar and his body is buried there. These two buildings constituting the museum today were abandoned after the hearth in 1881.

The History of the Museum: Know more about the Museum of Anatolian Civilizations

The first museum in Ankara was established by Mübarek Galip Bey, the Directorate of Culture, in 1921, within the section of the Castle of Ankara called Akkale. Additionally to the present museum, artefacts from the Augustus Temple and also the Byzantine Baths were also collected. Upon the advice of Atatürk and from the view of building the "Eti Museum'' within the centre, the Hittite artefacts from the region were sent to Ankara, and so, a bigger museum was needed.

The Director of Culture at that point, Hamiz Zübeyr Koşay, and therefore the Minister of Education, Saffet Arıkan, recommended that the Mahmut Paşa Bazaar and therefore the Inn be repaired and converted into a museum. This recommendation was accepted and also the restoration continued from 1938 to 1968. In 1943, while the repairs of the building were still under progress, the center section was opened for visitors.

Five shops were left in their original form but the walls between the shops were destroyed, and thus an outsized location was provided for exhibition. The museum building reached its present structure in 1968. The Kurşunlu Han has research rooms, a library, a conference hall, a laboratory and workshops. it's been used as an administration building, and also the Mahmut Pasha Vaulted Bazaar has been used as an hall. 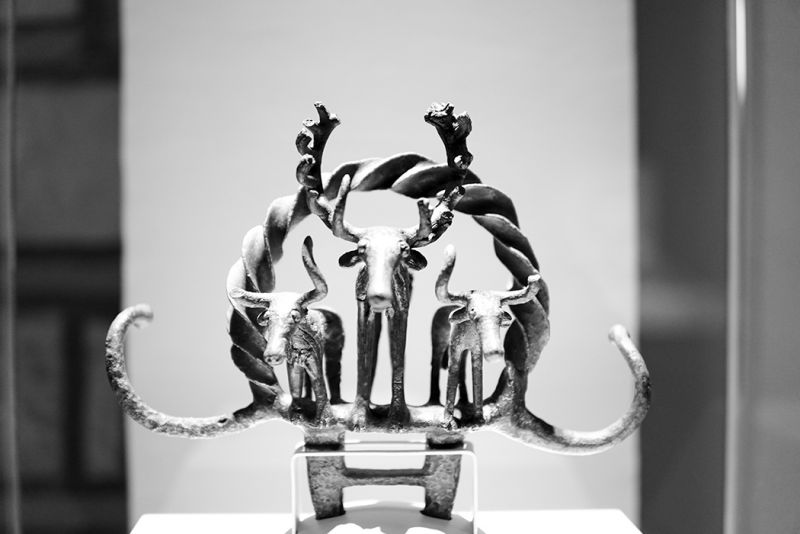 Features of this Amazing Museum

Established in Ankara which is the capital of Turkey, the Museum of Anatolian Civilizations was awarded the eu Museum of the Year in 1997 in Lausanne, city of Switzerland by being chosen from among 68 museums. Composing unique masterpieces belonging to the civilizations of Anatolia, the gathering is ideal of its kind within the world.

The priceless collection preserves the heritage of civilizations starting from the Palaeolithic era and therefore the prehistoric times containing Assyrian, Hittite, and therefore the kingdoms of Phrygia and Urartu. It also contains a special part of Ankara.

The Anatolian Civilizations Museum, being among exceptional museums with its unique collection, has Anatolian archaeological artefacts and artefacts from the Palaeolithic Age to this.