Taj Mahal is an admired masterpiece of the world’s heritage. It is the jewel of Muslim art in India; it is considered the greatest architectural achievement of Indo-Islamic architecture. Read More!

The Taj Mahal is one of the seven wonders of the modern world, boasting of exuberant architecture. It is also one of the most important historical symbols of romance - A tomb built by the Mughal emperor, Shah Jahan, in memory of his favourite wife, Mumtaz Mahal, it is the most amazing example of a raised-tomb structure. Built in the 17th century, this ticketed monument attracts millions of visitors from all around the world, today. Located in Uttar Pradesh, on the banks of the Yamuna River, the Taj Mahal is definitely worth a visit!

The Taj Mahal stands out as the best example of Indo-Islamic architecture. A symbol of timeless love, the monument took approximately 16 years to build, with additions to the monument a few years later. It is estimated that about 20,000 workers helped with the construction!

The Taj Mahal was built out of white marble, giving it a pristine appearance like no other monument has ever known. Today, the Taj Mahal is a symbol of love for many lovers from around the world - and it’s not difficult to guess why. The construction of a majestic structure, just to honour his beloved wife after her death, has ensured that their love will never sink into oblivion. Today, the remains of both, the king and the queen, are enshrined in the Taj Mahal.

The tomb also depicts the emperor’s keen attention to detail, and lust for perfection; which is also evidenced in how the monument was created. White marble was mined in Rajasthan, red sandstone in Delhi, and precious stones were brought in from different corners of the world - there are about 40 different types of gems, sourced from places like Tibet, Baghdad and Turkistan, which have been used to adorn the architecture.

Shah Jahan was not only closely involved in the entire construction of his ode to his beloved but had also employed workers talented in different fields, from different parts of the continent. In fact, he even ensured the creation of a town, named Mumtazabad, to house the 20,000 labourers that partook int the construction of the monument. 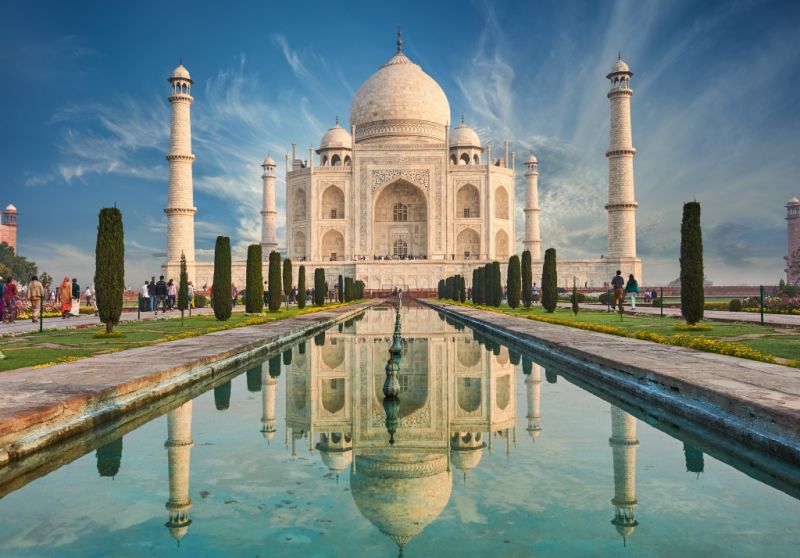 There are a whole lot of innovative things about the Taj Mahal, and one of them is distinctly visible in the way the structure was planned. Planned and created by some of the most talented architects, artisans and horticulturists, the building was constructed such that instead of the structure being surrounded by gardens, there are gardens leading up to the structure - providing fantastical depth when you look at the monument from a distance.

Also as astounding as the exteriors of the structure are, so too are the interiors; with intricately designed walls and archways, serving as the best depiction of Mughal architecture.

Is the Taj Mahal a mosque? If no, what is its purpose?

Additionally, the building has a mosque and a guest house. Both the mosque and the guest house in the Taj Mahal complex are built of red sandstone unlike the marble tomb in the center. The mosque, as well as the guest house, have a large platform over the terrace at their front. Besides, they both are identical structures, as they have massive prayer hall, consisting of three valuated bays arranged in a row with the central dominant portal.

The monument also consists of a mosque, where locals visit for prayers to this date. Other than for an hour, the Taj Mahal is open nearly all day, and is well-known for its ‘changing colours’ throughout the day, depending on where the sunlight and the moonlight.

Visiting this breathtaking wonder should certainly be on your travel bucket list. Getting to the Taj Mahal is not difficult, as it is about 200 kilometres from Delhi, the capital; and is in Agra, which is easily accessible by rail and road. The Shatabdi Express is a train plying frequently from Delhi to Agra and back. The expressway that buses and cars use is called the Yamuna Expressway and has helped simplify road travel to and from Agra.

The best time to visit the Taj Mahal is from November to February, on account of the pleasant weather during these months. The rest of the year can get uncomfortably hot or rainy (at which point visibility is poor), dampening your entire experience. You can either choose to visit the place yourself, or even opt for private tours offered by various contractors in the region. The Taj Mahal is open to visitors from 6 AM to 7 PM everyday, after which it shuts down for prayers for an hour. It also reopens at 8:30 PM and stays open until midnight, for you to be able to view the monument in the night. 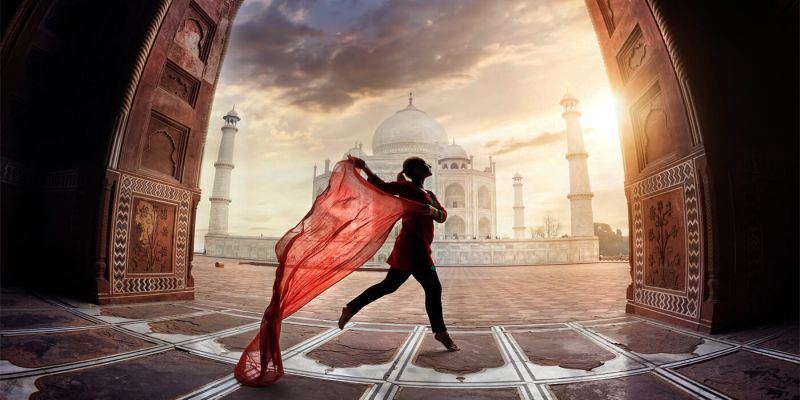 Due to its high popularity, there are various hotels around the Taj Mahal, with different price ranges; so you can choose from these, depending on your budget.

If you are interested in witnessing Indian arts and culture, and re-creations of the Mughal era, you should visit in February, when the Taj Mahotsav takes place. It is a week-long cultural festival, taking place from February 18-27 each year; beginning with a grand procession of elephants, camels and drummers.

The Taj Mahal is an appropriately declared wonder of the world and visiting this structure, standing majestically at the banks of the Yamuna River, is a priceless experience. Inspiring romanticism in the style of the Mughals, it’s definitely worth seeing at least once in your lifetime. We would love to hear about your experience visiting this splendid creation!

Places To Visit in Agra