Government Museum, Chennai’s best, is a magnificent collection of art and artifacts is housed in the Pantheon Complex. Know more!

The Government Museum in Chennai is one of the most popular sights in the city. Initially, the museum was set up in an edifice on the College Road, Nungambakkam, in 1851. However, later in 1854 it was shifted to the current locale in Egmore. The museum originated from a museum in Madras, planned by the Madras Literary Society in 1846 AD. The Government Museum proudly stands as the second oldest museum, after the Indian Museum of Kolkata, which is one of the leading museums is South Asia. It is considered as one of the top tourist attractions in Chennai. 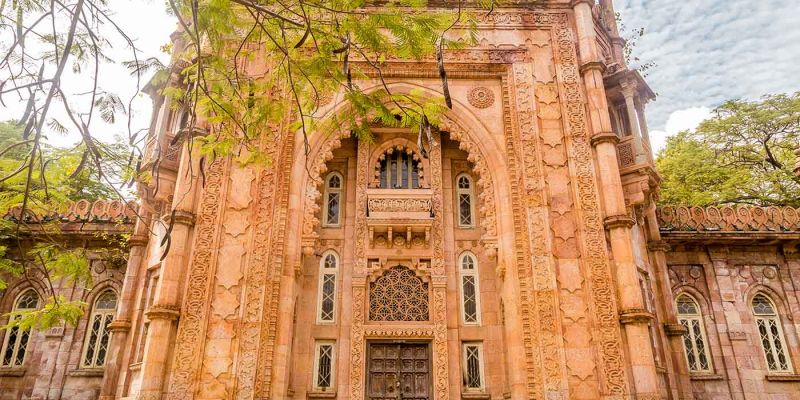 Undoubtedly, the museum has great significance and charm among visitors. The main items of the museum are the world notable Amravati figures, Thanjavur armoury, South Indian bronzes, copper plates, the inscriptions engraved on the stones, artefacts from the Megaliths of Adichanallur, the Dowleshwaram hoard of gold coins of Raja Raja I and Kulothunga I. Besides, there are some items discovered on a seashore near Mangalore such as the Bruce Foote Collection of prehistoric stone equipments, and many other artefacts from Arikamedu, the colossal skeleton of the whale. The delicate crystal reliquaries from the Bhattiprolu Stupa are put on display in the museum.

The Museum comprises of six buildings and 46 galleries. It comprises a plenty of galleries that include a huge array of artefacts, palm-leaf manuscripts and other objects under the sections of Archaeology, Anthropology, Geology, Botany, Numismatics, Contemporary Art, Zoology and a Children's Museum. The museum includes archaeological and numismatic collections and has a vast collection of Roman antiquities, outside of Europe. Some of the edifices in the campus are over 100 years old. 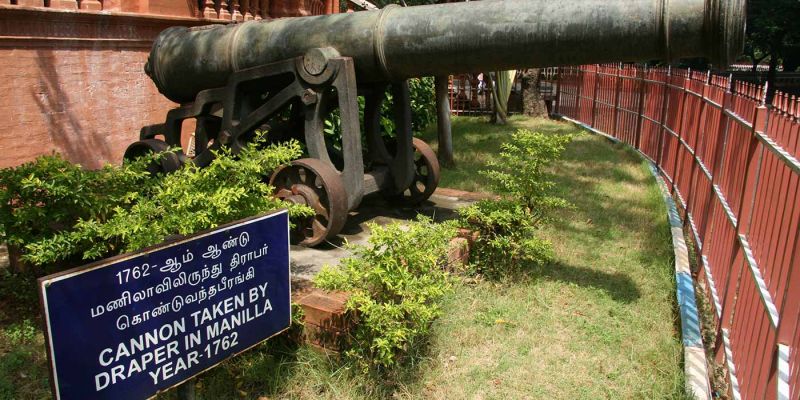 Here are some of the galleries in the museum: Bronze Gallery, Amaravati Gallery, the National Art Gallery and the Contemporary Gallery. The Bronze Gallery houses the largest collection of South Indian from the 7th century Pallava era to modern times. The gallery contains Buddhist bronzes such as Lokesvara and Padmapani in the ‘Maharajalila’ pose, the Avalokitesvaras from Nagapattinam. There is also the elegant seated Buddha with a Prabha flanked by yalis and an aureole behind his head bearing a circular course of 35 flames. The gallery also includes the Tiruvalangadu Bronze, Jain Bronzes, Pallava Bronzes an Ardhanari Bronze.

Furthermore, the museum has the Amaravati Gallery which features the casing slabs of sculpture from Amaravati and other stupas, illustrating numerous scenes from Buddha’s life and the birth stories of the Bodhisattva. Amaravati Sculptures refer to a group of sculptures regained from the the ruined stupa at Amaravati in the Krishna Valley in 1801. The Art Gallery displays the traditional paintings, paintings of Thanjavur, Indian miniature artworks and other antique paintings. As for the Contemporary Gallery, it includes contemporary paintings as well as prehistoric British paintings.

The Government Museum also includes the Museum Theatre. It is one of the most remarkable buildings, structured in the Italianate style, after the influence of the Classical architectural design. The theatre is unique-structured, as it was built by the British in the late 19th century, when this architectural pattern was not even known in England. The building is entered through a big flight of stairs, due to its high pedestal. The walls and the pillars of the museum are adorned with floral and geometrical motifs. The huge main hall of the theatre was built for the theatrical performances; it comprises of more than 600 seats and a spacious stage. The theatre was used for the English plays performances, during the British time. It was prefered by the elite class of the British society, as the hall witnessed various plays including Shakespeare’s plays. Presently, the theatre is used for cultural and academic programs like art workshops, speeches and seminars.