Compared to other religious festivals, Christmas in India is a quite  small festival, due to the number of people who are Christians compared to people who belong to other religions. Christmas is a colorful festival, likewise most festivals in India. It is noted for its brightness, as local stores, markets and malls have multi-colored twinkling fairy lights, paper streamers and flowers.

Christmas is the favorite time of the year for many across the world and India is no exception to it. While the country has a Christian minority, every individual soaks up the magical atmosphere of Christmas becoming a part of a joyful Christmas festival of Indian traditions.

The major cities of India like the cosmopolitan city of Mumbai, Goa, Delhi, to name a few are abodes to thousands of Roman Catholics. Therefore midnight mass is considered to be an integral part of the grand Christmas celebration in India. All the family members get together and walk to be part of the mass.

After this, a huge Christmas feast of delicious delicacies is devoured by the participants of the mass. The midnight mass comes to an end once the neatly-wrapped gifts are exchanged. For this day churches are extravagantly decorated with Christmas adornments like Poinsettia flowers, aromatic candles, and glittering lights.

India gets transformed into an absolute Christmas wonderland with twinkling lightning, traditional tree décor, and Christmas songs playing non-stop. Here we give you a festive sneak peek to the Indian Christmas Celebration. 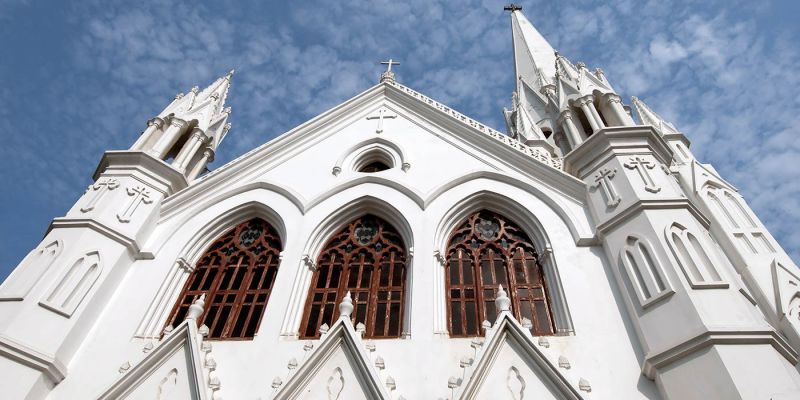 The world has witnessed that India celebrates Christmas with a lot of fervor and revers the festive spirit of love, forgiveness, and togetherness. However, every state in the country has given the magnificent celebration its own flavor making India an epitome of the famous adage ‘Unity in Diversity’.

In South India, one widespread Christmas tradition is the put a burning earthen lamp on their roofs. This practice symbolizes that Jesus is the light of the world. In north-west India, the Christians narrate the Christmas story and sing melodious carols in their own dialects. You will come across some areas in south-west India where devotees go on a fast from the 1st December until the midnight mass service on 24th December.

Goa is one of the states in India that turns the Christmas celebration into an epic spectacle because of its sizeable Roman Catholic population. Due to the Portugal influence, this state acknowledges a plethora of western traditions. The locals add sparkle to the area by adorning the churches, market areas, and houses with dolled up Christmas trees, hanging star-shaped lanterns and going around the neighborhood singing classical carols.

Moreover, the residents of Goa exchange local sweets with their loved ones to express their affection for each other. The most famous traditional treat, second to the sumptuous fruit cake, is ‘neurons’ that resemble small pastries stuffed with dry fruits and coconut. Another famous sweet is ‘dodol’ which is like a toffee that has a perfect blend of cashew and coconut.

On Christmas Eve families host a shindig and feast on traditional Christmas dinner with roast turkey or chicken and drink concoctions. Then they head to church for the midnight mass service where the ring of the church bell announces the arrival of the Christmas Day.

Inquire Golden Triangle Tour Package with our Trips to India! 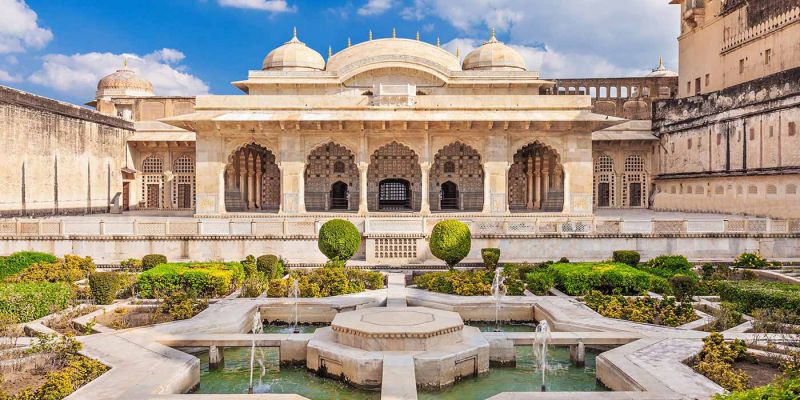 In India, many public attractions deck their premises with Christmas trees decorated to perfection by creative connoisseurs. Most landmarks and houses are covered in bling with colorful Christmas lights that make a stroll through the vibrant and happening street an incomparable experience.

Also, Christians in India adhere to the centuries-old tradition of hanging the mistletoe in the house. People firmly believe that doing so will invite good fortune into the house and ward off any malefic spirit. These days couples also follow the practice of kissing under the mistletoe as the plant is symbolic of fertility.

The faux Christmas wreaths are gaining a lot of popularity in India to spread the festive cheer. Nothing screams ‘Merry Christmas’ to the guest like beautiful wreaths hung at the front door. You will also see some extraordinary stockings in classic Christmas colors in the Indian market space. They function as handy Christmas decorations and also keep your happy feet warm in winters.

One of the most commonly used adornments during festivals in India is a lantern. It instantly brightens up the house and turns it into a sight to behold. During Christmas, people flock to the market to purchase star and angel-shaped lanterns to décor their abode.

What is the equivalent of the Christmas Holiday in India?

When the entire world is immersed in celebrating Christmas, India also celebrates several other festivals. Magnetic Fields Festival is one of the much-awaited end-of-year festivals that Indians look forward to. Immerse yourself in this otherworldly melodic jubilee as you treat your ears to the traditional folk music, witness the performances of the nation’s finest artists, listen to the master storytellers weave fascinating tales and relish the mouth-watering delicacies.

Globetrotters from all across the world gather to be a part of the Galdan Namchot Festival in Ladakh, the land of high passes! The festival is celebrated to commemorate the birth of Buddhist saint-scholar, Tsongkhapa, and Buddhahood. The entire region is lit up with colorful Buddhist flags as this festival also marks the beginning of the New Year in Ladakh.