Being one of the most popular hill stations in India, Manali is nestled in between the snow-capped slopes of the Pir Panjal and the Dhauladhar ranges. With its jaw-dropping views, lush green forests, gushing blue streams, and sprawling meadows, Manali has scenic beauty. From Museums to temples, Manali has something to offer everyone all year round, from quaint little hippie villages to bustling upscale streets, river adventures to trekking trails. 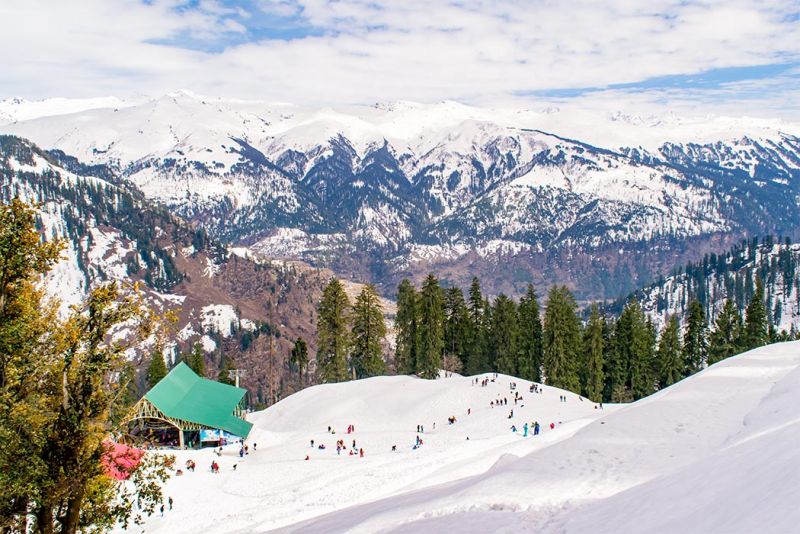 Manali India has an interesting history. It would rather be called a myth or a belief of the legends of this alluring beauty. It is said that Manali has the home to the Lawgiver Manu. While he was searching for his safe house, Manali provided him the safe shelter and environment. Once he found a tiny fish which asked him to look after her with devotion, one day she would provide him great service.

He looked after the fish until the fish grew extremely huge. Before departing to the sea, she warned Manu about the deluge where the entire world will be submerged under the water and he would build a sea-worthy ark.

The Seven Sages and the Vaivasvata were provided the safety by the Matsya, the fish, as the world was submerged under the water because of the flood. The water level subsided and the seventh Manu’s ark came for the rest on hillside and then, this place got its name Manali after him.

In the process drying the water, the place turned out as a breathtaking beauty and life began again.The high mountains were covered with white snow and the deep boulder strewn gorges. The forests started to fill with woody trees and the weather started having breezy winds and the songs of the birds made this place a legendary cradle for human life. Now it has become the prominent tourist destination of India.

The famous hill station of Manali is amazing all around the year. Summers bring respite from the heated plains of the country, while winter covers the place with a sheet of white snow.

One can enjoy sightseeing and adventure sports in summers like river rafting, zip lining, paragliding and zorbing. Winters are ideal for enjoying snowfall along with snow sports in Manali. It is advisable to avoid the rainy season, from July to August, due to landslides.

From September to February, the temperatures might go down (minus 1 degree) and the weather will be amazingly cold. During December and January, the place is entirely covered in snow. Now it is time for snow sports like skiing etc.

March to June are summer months with the temperatures varying between 10 degree C to 25 degree C. During this time, adventure activities and sightseeing at Solang Valley and Rohtang Pass are a must.

By Air: Located at a distance of around 50 km from the main city, Kullu Manali Airport or Bhuntar Airport is the nearest airport to Manali. It is very well-connected with regular flights to Indian cities like Delhi and Chandigarh. Private Taxis are available from outside the airport.

Most of India's important destinations are connected to Manali, such as Delhi, Leh, Kullu, Dharamshala, Chandigarh, Ambala, Dehradun and Shimla. Besides, private taxis/cabs, private and state-run buses ply to Manali on a regular basis. There are air-conditioned and regular bus services.

Constructed in the 16th century, Hadimba Temple is one of the best places to visit in Manali. It is located amid a beautiful deodar forest on top of a hill in Manali. The temple has great significance for the locals and the tourists who visit the pilgrim spot to seek blessings from Goddess Hadimba.

The temple is dedicated to the Goddess Hadimba who was the wife of the Pandava brothers, Bhima. According to the Hindu mythology, the goddess Hadimba meditated in this spot as an apology for her sins. Thus, the most powerful Goddess Durga gave her the position of Goddess.

Old Manali is well known for holding onto some time away from the crowd of the new town. Like the old guest-houses located in the area, Orchards are of a special interest to tourists.

Located in Old Manali at a distance of three kilometers from the main market, the temple is dedicated to the sage Manu, who is said to be the creator of the world and the writer of Manusmriti. The presence of the River Beas adds to the temple’s attraction.

Being one of the major attractions in Manali, it is believed to be the same place where sage Manu meditated after stepping on earth. The popularity of this significant temple lies in the fact that it is the only temple dedicated to Manu.

Also known as the 'Snow Valley,' it is famous for hosting various winter adventure sports like skiing, paragliding, parachuting, trekking, and mountaineering. Located at an average altitude of 2,560 meters above sea level, it is one of the most picturesque sights in Manali and one of the most favorite trekking hotspots of the tourists. 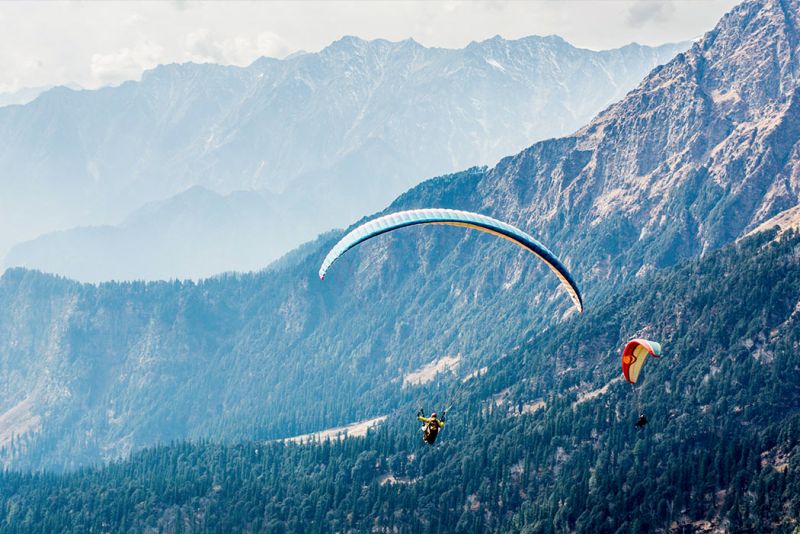 Solang Valley is located between the Solang village and Beas Kund. The highlight of Solang Valley Manali is that winter skiing festival is organized in it every year. Activities like Zorbing, Snow MotorBikes and Horse riding are offered for the entertainment of tourists. 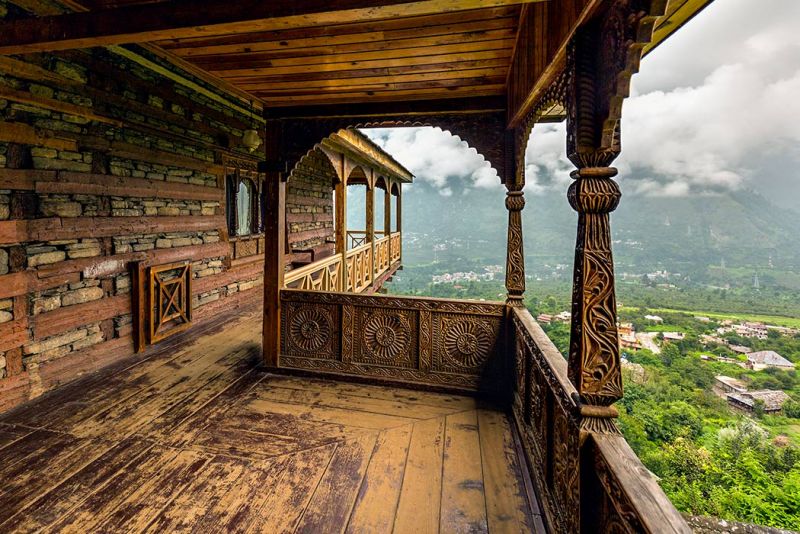 The village of Naggar lies somewhere in between Kullu and Manali. The most significant attraction in the valley is an old castle that is now converted to a hotel.

Van Vihar Park is an excellent place to have an evening break with family and friends. It has a children’s park and a small pond for boating experience.

The temple has Lord Ram, the upholder of Dharma as its prime deity. It is located near Vashisht Hot Water Spring. People bath in holy waters and worship Lord and Nature for such gifts.