Rath Yatra Festival is a major Hindu festival associated with Lord Jagannath held at Puri in India during the months of June or July. The festival is a joyous event that has been celebrated for thousands of years. Know more!

India is well-known around the world for being perhaps the largest secular nation in the world. With a variety of religions and a larger variety of regional cultures, India is home to a vibrancy of festivals celebrated by people across the country. India has close to a billion people that follow the faith of Hinduism, which they celebrate through various festivals, nationally and regionally. One of India’s biggest Hindu festivals is the Jagannath Puri Rath Yatra.

Celebrated by devotees of the Hindu God, Lord Krishna, the Rath Yatra is the festival of chariots. An interesting fact about Hinduism and the way they worship Gods is that the Gods have different forms, depending on the depicted emotion or even on different parts of the country. The Rath Yatra is a religious festival, depicting Lord Krishna in his jubilant form, in which state he is also known as Jagannath. This ecstatic form is depicted by an idol with large eyes and rugged features. The Rath Yatra festival witnesses this form of Lord Krishna being carried around in a procession on a gigantic chariot - rath - and later being worshipped at a temple in the centre of Jagannath Puri. A 10-day procession in the city of Puri, the idol of Jagannath is accompanied by idols of two other Hindu gods, Subhadra Devi and Lord Baladeva. The three gods are said to have been siblings. 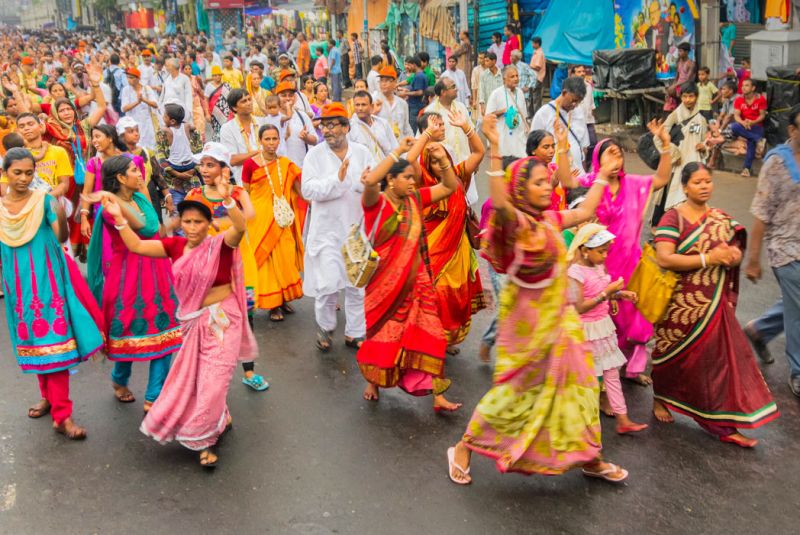 The different legends of the Rath Yatra

There are different versions of the legend that narrate why the Rath Yatra festival takes place. Some say that it can be traced back to Lord Krishna’s childhood when he expressed his desire to travel to his aunt’s home every year; some say that the knowledge of his devotees being pained by his absence caused him to be so ecstatic because he knew he was loved, that it was contagious enough for his siblings to be as joyous - and that all three of them set off on a journey to meet the devotees and be reunited with them; some say that it occurs because of a symbolic journey of Krishna back to his childhood, so he embarks upon this procession without his wife (much to her chagrin!), thus depicting that even the Lord has marital problems; and some say that it can be traced back to a fable of how the creator of the idol wanted to make the most spectacular idol if he was left alone and given his time, but Lord Vishnu grew impatient and so the idol was left incomplete, which is how it stands to this date, with stumps for arms. There are also a number of other stories that describe the origin of the festival, but in spite of varying beliefs of the same, large numbers of Hindus come together to celebrate the festival with great gaiety. Millions of Hindus gather every year to observe this grand procession, from one temple to another temple, which was supposedly Lord Krishna’s aunt’s house. 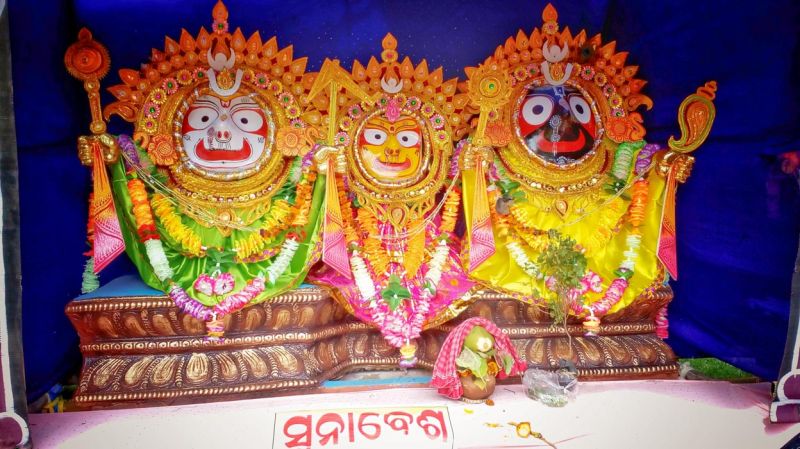 When does it take place?

The Hindu calendar is based on the lunar calender and is not aligned with the Gregorian calendar, which is based on the sun. Therefore, the date on which this festival falls, as with other Hindu festivals, varies every year. As per the traditional Odiya calendar (from Odisha), the festival begins on the second day of the Shukla Paksha, which is the waxing gibbous phase of the moon; in the lunar month of Ashadha.

As with most Indian festivals, the food and the specific delicacies consumed in Puri during the Rath Yatra festival are fascinating. The food is cooked in what appears to be the world’s largest pressure cooker, essentially created by placing large pots of food atop one another and then cooking the food on a wood fire and steaming it. All the food is then made available to every person at the festival in markets adjacent to the temple where the idols have been brought.  Traditionally, the food consisted of ‘khichdi’, vegetables, dal and sweets and was served on a banana leaf. However, today the food served is a lot more extensive, consisting of dal, rice, khichdi, vegetables, flatbread (chapatis), namkeen, drinks like lassi, chaas, and jal-jeera; and it is served in a thali, which is a large, steel plate.

The festival is a wonderful show of rigour and colourful vibrancy; owing to which millions of Hindu devotees from across the nation (and the world), flock to observe the same. In contemporary times, the festival has also become famous around the world and has visitors from across the world flying down to India to witness it for themselves.