Also known as Little Lhasa and is culturally blessed by a prominent Tibetan influence owing to the major settlement of Tibetans. Mcleodganj has one of the most mesmerizing landscapes in the entire state of Himachal Pradesh and attracts a lot of tourists throughout the year. The towns of Dharamsala, Mcleodganj, Bhagsu Nag and Kangra are situated very close to each other and tourists must cover all these places while traveling India. Few of the most famous and religiously significant monasteries in India are located there, including the Namgyal Monastery and Tsuglagkhang, where the spiritual leader Dalai Lama resides. Tourists must also visit the scenic Dal Lake and Triund, which are suitable for quiet picnics.

Fortunately, as mentioned before, there are a lot of amazing places you can visit in McLeodganj like Tibetan Museum, Triund, Bhagsunath Temple & Waterfall, Namgyal Monastery, Dharamkot, Minkiani Pass, Naddi View Point, Dal Lake, Dhauladhar Ranges, Kangra Fort, Indrahar Pass, The Dalai Lama’s Temple and many more.
If you are planning to visit McLeod Ganj, don’t forget to know more about the top 10 places to visit in Mcleodganj. 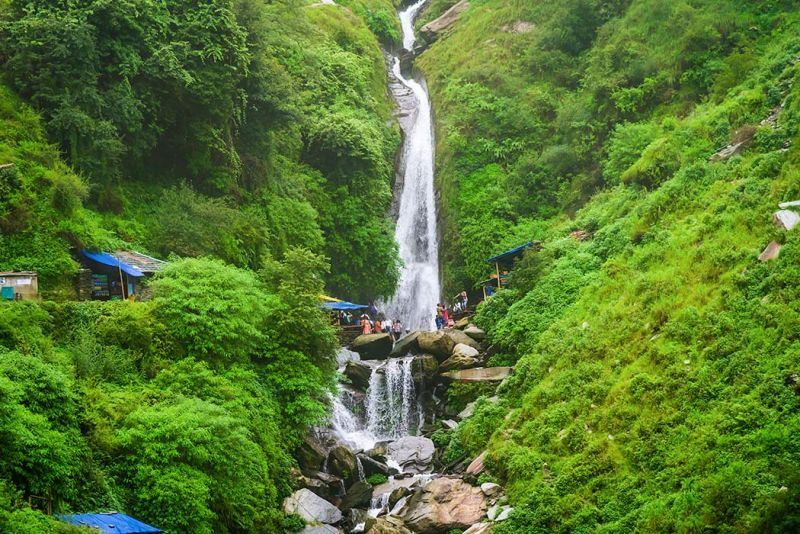 A significant place of worship is the home of Dalai Lama. Buddhist travelers from all over the world and tourists go to this place to have a glimpse of Namgyal and Nechung Monastery, the various temples, the museum, and the library, situated in the complex. The beautiful statue of Lord Buddha and statues of Chenrezig and Guru Rinpoche, along with imprints of Tibetan art and culture are the major attractions of the center.
The innovative structure of the Tibet Museum built in the Tibetan style throws light onto the Tibetan culture and the conflicts faced by them. Except for Dalai Lama’s residence, tourists can visit other parts of the Tsuglagkhang temple. One can even get a chance to meet Dalai Lama if you are lucky! It includes Tsughlagkhang temple, the Namgyal Monastery, Tibetan Museum, a bookstore, a cafe and a library, along with many shrine rooms having statues of Lord Gautam Buddha, Guru Rinpoche (Padmasambhava) and Chenrezig (Avalokiteśvara). The temple opens at 5 am until 8 pm. 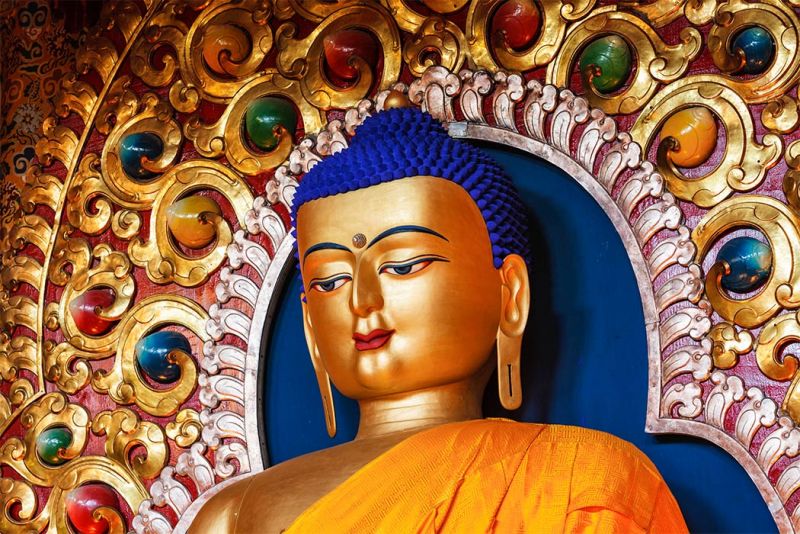 2. Church of St. Johns in the wilderness

One of the popular and old churches in Himachal Pradesh, the neo-gothic architecture built-in 1852 offers you an opportunity to experience the remains of the days of the British hill station. Dedicated to John the Baptist, the church is located near Dharamshala on the way to Mcleod Ganj. It is also the final resting place of Lord Ergin, governor-general and viceroy of India during the British Raj. Although the Kangra earthquake destroyed the church’s bell tower, the rest of the church stands undamaged. The church is surrounded by Deodar plantations, with a scenic graveyard lying on the same grounds. The glass windows painted by a Belgian artist were reportedly gifted by Lady Elgin, the wife of Lord Elgin.

The Namgyal Monastery is a historic religious center, located next to the residence of the Dalai Lama within the Tsuglagkhang complex. Overlooking the mountain ranges of Dhauladhar, the monastery is in the middle of lush forests of pines, oaks and cedars. Buddhist churches and beautifully decorated prayer wheels are the attractions of the monastery. The monastery is a delightful change from the usual tourist attractions.
A peaceful environment with a scenic view pervades the monastery, where you can sit and meditate amidst all the clean vibes.

You might see Buddhists debating there. Overlooking the Dhauladhar peak, the Namgyal Monastery is supposed to be one of the biggest and magnificent Tibetan monasteries. Set up in the 16th century, this monastery is the seat of the 14th Dalai Lama and houses an impressive Lord Buddha statue! Also, at the monastery, you can catch a look at the maroon-robed religious performing their daily routines, including chanting mantras, meditation and even debates. The monastery emits a peaceful and spiritual vibe that has attracted different types of tourists. 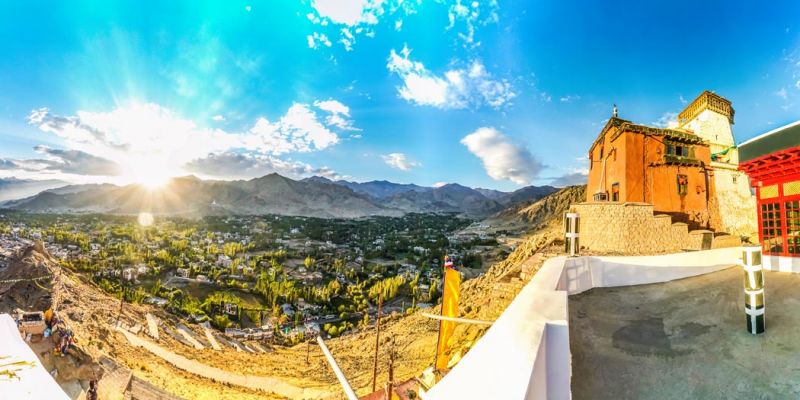 It is a perfect destination for trekking with breathtaking views of the entire Kangra Valley all the way to the top. The top is about 2,800 meters (9,186 feet) above sea level. Stay overnight for a great view of the night sky, then wake up in the morning with the snowy peaks of the Himalayas staring you in the face. If you don’t have a clear day you may not be able to see the Snow Mountains, but the mesmerizing view of the valley will leave you stunned. The trek is easy but takes 7 hours with kids. You can stay up there in tents.

Built by King Bhagsu, the ancient temple dedicated to Lord Shiva and the Snake God is located at a height of 5,807 feet above sea level between beautiful pools and lush greenery. This religious center is a significant place of prayer and has an atmosphere of spirituality about it. According to legends, King Bhagsu from Rajasthan came to the glaciers in search of water for his parched state.

He was challenged by the ‘Nagdevta,’ the residents of this region. In the ensuing battle, the King was defeated; however, his plea for water to his fraternity was granted and the place came to be known as Bhagsunath. The temple attracts a huge number of believers and tourists throughout the year. Surrounded by freshwater springs and green areas, the springs are said to be sacred and hold healing powers and medicinal properties which is strange but amazing!

The trek to and from the falls is quite a mission in itself. Soak in the extraordinary and picturesque vistas as you trek along the trail, and, once you witness the breathtakingly beautiful waterfall, you’ll realize it was all worth it. Take a dive in the bone-chillingly cold water, follow it by relaxing on the rocks and soaking up some rays and panoramic views from the top. 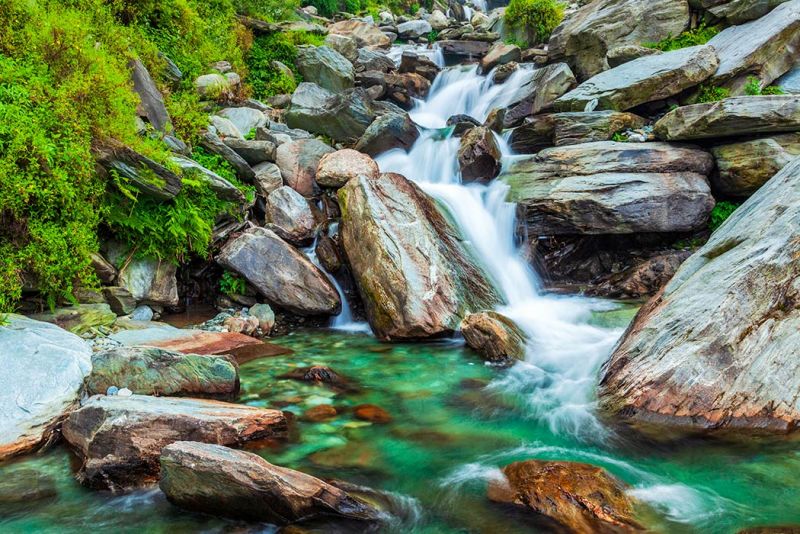 Dharamkot grants a beautiful view of the Kangra Valley and the Dhauladhar range of mountains. Dharamkot is also popular for its meditation centers, the famous Tushita Meditation Centre, which is a center for the study and practice of Buddhism in the Tibetan Mahayana tradition, the Vipassana Meditation Centre, and the Dhamma Shikara. A complete contradiction to the Tibetan world that one experiences in McLeod Ganj, the festival-fair organized every year further adds to the clarity of Dharamkot. The village offers trekking, and one can trek to the villages of Naddi and Triundi, which are 3 km and 7 km away from Dharamkot, respectively. 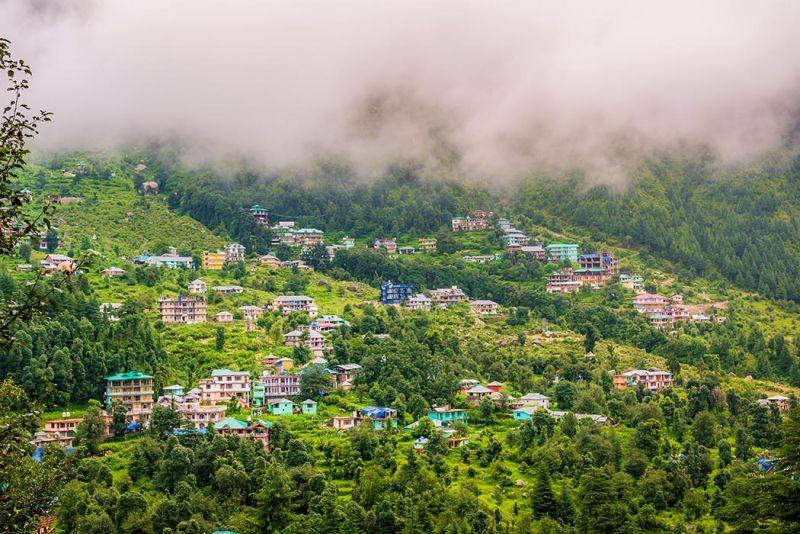 Another must-see attraction McLeodganj is the Tibetan Institute of Performing Arts that beautifully showcases the Tibetan culture through music and folk dance. The must-attend is the local community opera. Also, every year in mid-summer, a nine-day traditional Tibetan Opera festival is held, known as the “Shoton Festival”.

This beautiful lake next to the Tibetan Children’s Village just 1.8 miles from the McleodGanj town is a nice stopover. Named after the Dal Lake of Srinagar, this lake is surrounded by deodar trees and the temple dedicated to Lord Shiva makes it holy. The lake has varieties of fish and boating in the lake is an amazing experience.

Located at a distance of 20 km ( 12.4 mi) from Dharamsala, the 4th-century B.C fort depicts Kangra’s rich cultural legacy and its glorious past. It is one of the oldest forts in the country and is mentioned in the war records of Alexander. Despite numerous invasions by the Mughal rulers, it still stands tall after a lot of centuries. 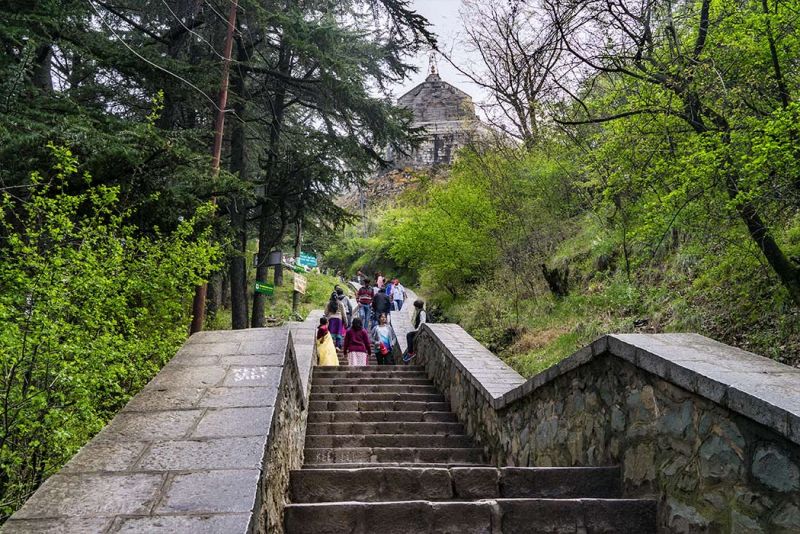 Divine Buddha Handicrafts is an ideal place for shopaholics. The things found in this shop are mind-blowing! And you can purchase splendid things from here. You can also shop for Thangka paintings, Tibetan carpets, jewelry, artifacts, handicrafts, books on Tibet and more in Mcleodganj. 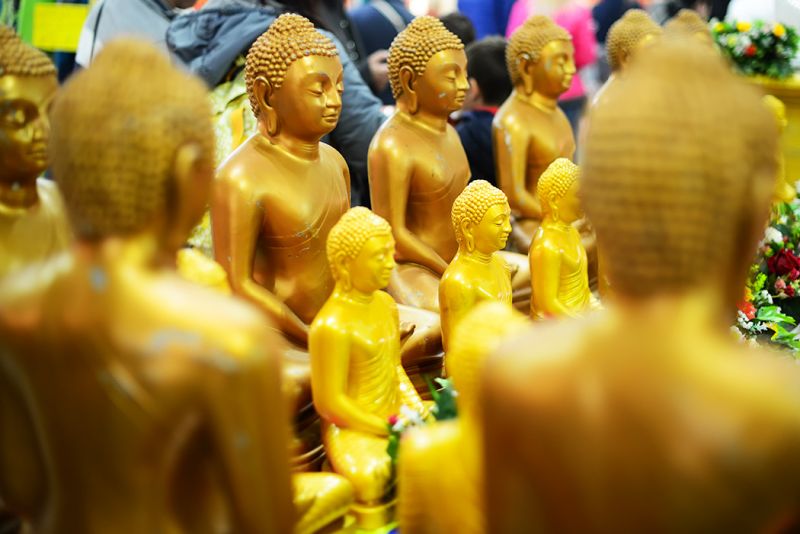 What is the best time to visit Mcleodganj?

The best time to visit Mcleod Ganj is between October and February, mainly in the winter season and between March and June in the summer season. The region experiences pleasant summers with temperatures hovering around 25°C and cold and chilly winters with the temperature between -1°C and 9°C. Storms are not quite recommended as the region receives heavy rain annually. It is best to avoid July and August due to the heavy rainfall.
Explore Mcleodganj and be ready to visit one of the best places in India.

Places to visit in Mount Abu

The Ultimate Guide for the Amazing Spiti Valley

All what you need to know about Orchha

The Capital of Madhya Pradesh: Gwalior

The Land of Palms: Gokarna