The celebration of the New Year is the oldest of all holidays. It was first observed in ancient Babylon about 4000 years ago.

Road to The Nile at Christmas Holidays

The celebration of the New Year is the oldest of all holidays. It was first observed in ancient Babylon about 4000 years ago. In the years around 2000 BC.

- What is the earliest known New Year's celebration?

The celebration of the New Year is the oldest of all holidays. It was first observed in ancient Babylon about 4000 years ago. In the years around 2000 BC, the Babylonian New Year began with the first New Moon (actually the first visible crescent) after the first day of spring. The beginning of spring is a logical time to start a new year. After all, it is the season of rebirth, of planting new crops, and of blossoming. January 1, on the other hand, has no astronomical or agricultural significance. The Babylonian New Year celebration lasted for eleven days. Each day had its own particular mode of celebration, but it is safe to say that modern New Year's Eve festivals pale in comparison. The Romans continued to observe the New Year in late March, but their calendar was continually tampered with by various emperors so that the calendar soon became out of synchronization with the sun.

In order to set the calendar right, the Roman senate, in 153 BC, declared January 1 to be the beginning of the New Year. But tampering continued until Julius Caesar, in 46 B.C, established what has come to be known as the Julian calendar. It again established January 1 as the New Year. But in order to match the calendar with the sun, Caesar had to let the previous year drag on for 445 days.

See in the picture: Babylon Fortress in Old Cairo ... 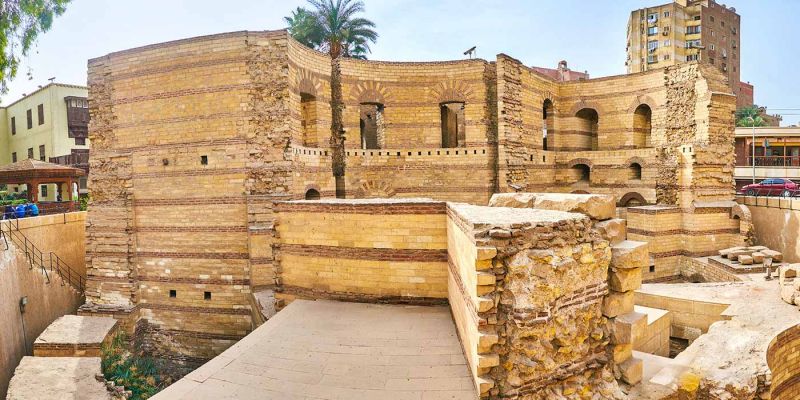 Although in the first centuries AD the Romans continued celebrating the New Year, the early Catholic Church condemned the festivities as paganism. But as Christianity became more widespread, the early church began having its own religious observances concurrently with many of the pagan celebrations, and New Year's Day was no different. New Years is still observed as the Feast of Christ's Circumcision by some denominations. During the middle Ages, the Church remained opposed to celebrating New Years. January 1 has been celebrated as a holiday by Western nations for only about the past 400 years. 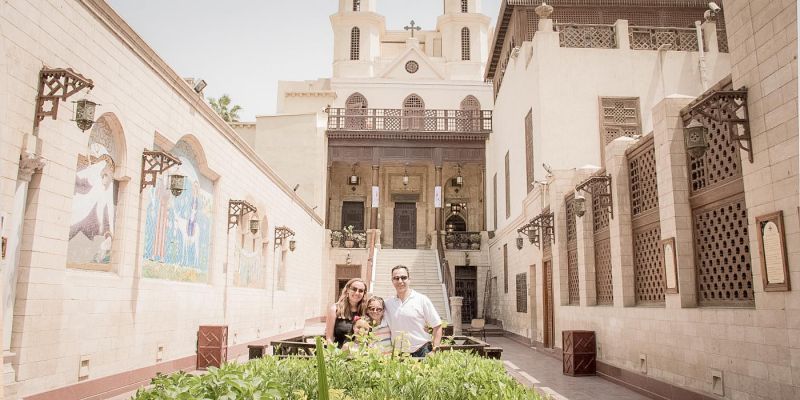 Other traditions of the season include the making of New Year's resolutions. That tradition also dates back to the early Babylonians. Popular modern resolutions might include the promise to lose weight or quit smoking. The early Babylonian's most popular resolution was to return borrowed farm equipment. The Tournament of Roses Parade dates back to 1886. In that year, members of the Valley Hunt Club decorated their carriages with flowers. It celebrated the ripening of the orange crop in California. Although the Rose Bowl football game was first played as a part of the Tournament of Roses in 1902, it was replaced by Roman chariot races the following year. In 1916, the football game returned as the sports centrepiece of the festival.

The tradition of using a baby to signify the New Year was begun in Greece around 600 BC. It was their tradition at that time to celebrate their god of wine, Dionysus, by parading a baby in a basket, representing the annual rebirth of that god as the spirit of fertility. Early Egyptians also used a baby as a symbol of rebirth. Although the early Christians denounced the practice as pagan, the popularity of the baby as a symbol of rebirth forced the Church to revaluate its position. The Church finally allowed its members to celebrate the New Year with a baby, which was to symbolize the birth of the baby Jesus. The use of an image of a baby with a New Years banner as a symbolic representation of the New Year was brought to early America by the Germans. They had used the effigy since the fourteenth century.

Traditionally, it was thought that one could affect the luck they would have throughout the coming year by what they did or ate on the first day of the year. For that reason, it has become common for folks to celebrate the first few minutes of a brand new year in the company of family and friends. Parties often last into the middle of the night after the ringing in of a new year. It was once believed that the first visitor on New Year's Day would bring either good luck or bad luck the rest of the year. It was particularly lucky if that visitor happened to be a tall dark-haired man.

Traditional New Year foods are also thought to bring luck. Many cultures believe that anything in the shape of a ring is good luck, because it symbolizes "coming full circle," completing a year's cycle. For that reason, the Dutch believe that eating donuts on New Year's Day will bring good fortune. Many parts of the U.S. celebrate the New Year by consuming black-eyed peas. These legumes are typically accompanied by either hog jowls or ham. Black-eyed peas and other legumes have been considered good luck in many cultures. The hog, and thus its meat, is considered lucky because it symbolizes prosperity. Cabbage is another "good luck" vegetable that is consumed on New Year's Day by many. Cabbage leaves are also considered a sign of prosperity, being representative of paper currency. In some regions, rice is a lucky food that is eaten on New Year's Day.

- You might need to know what to do in Egypt on the New Year & Christmas Vacation; Check Memphis Tours offers at Christmas in Egypt or New Year in Egypt.

The Christmas Story and History