Tour of the East Bank in Luxor

Ancient Egyptians followed careful steps when it came to burial rituals, a series of factors were taken into consideration while preparing the body of a deceased Pharaoh or King.
The canopic jars were an important part of this process as they were the way Egyptians believed that each respective god would keep determined organs of the body ready for the afterlife.

What are canopic jars?

Canopic jars also known as jars of the old kingdom were the containers used to hold the internal organs that were removed from the dead body before mummification.
During the Old Kingdom, when mummification was in its infancy, the jars that served this purpose were stone vessels with a plain lid. It was not until the first intermediate period that the jars acquired a different human-headed stopper. From this time, too, the packages of viscera placed inside them were sometimes decorated with human-faced masks. Then, from the nineteenth dynasty onwards, the stoppers of the jars were each shaped like the head of one of the minor funerary deities known as the “four sons of Horus” depending on which organ it contained. 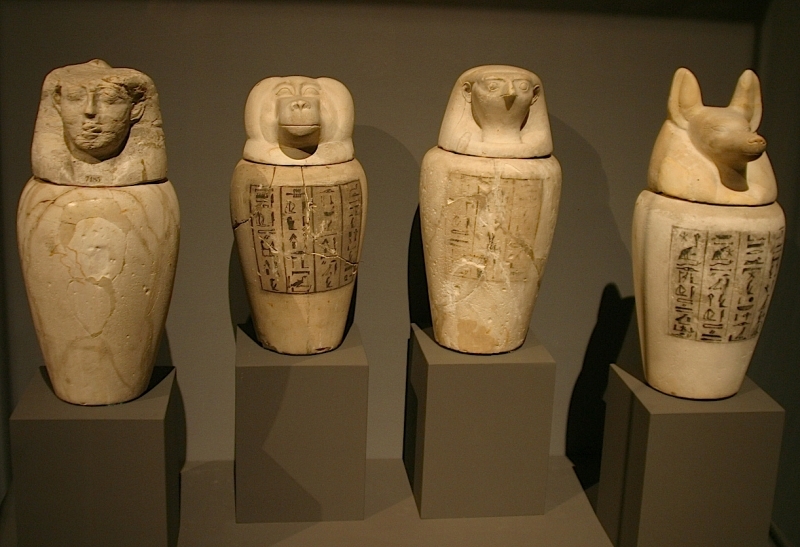 What are canopic jars used for?

What are the canopic jars made of?

Canopic jars were made of clay, and depending on which organ it contained, its head had the shape of one of the four gods - Hapy, Imsety, Duamutef or Qebhsenef. 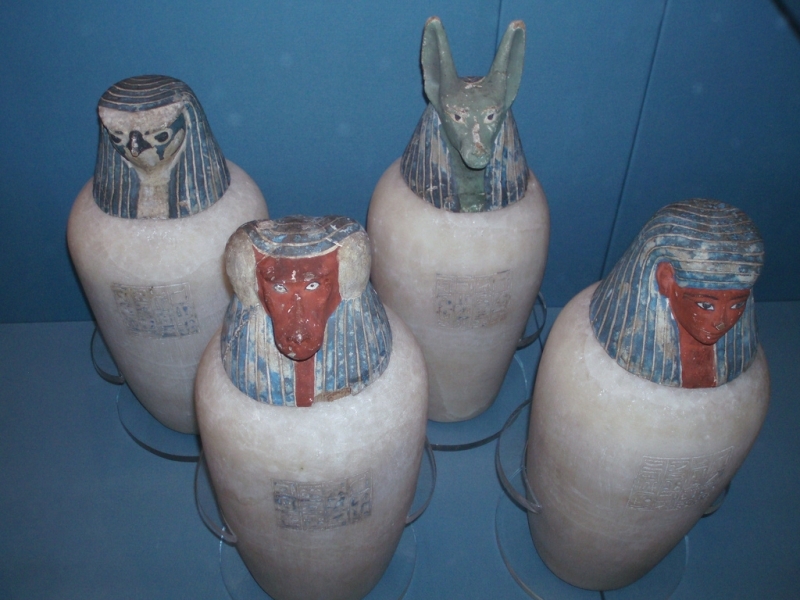 Horus (Hor, Horos) The god of The Sky

The youngest son of Osiris and Isis, Horus, the god of the sky, took the shape of a falcon with the sun and moon for eyes. Horus was the earliest royal god and one of the most important gods of Ancient Egypt since he wears a double crown as both the god of the heavens and the divine embodiment of kingship. A protector god who attacked and destroyed evil, Horus was shown either as a falcon or as a man with falcon heads. 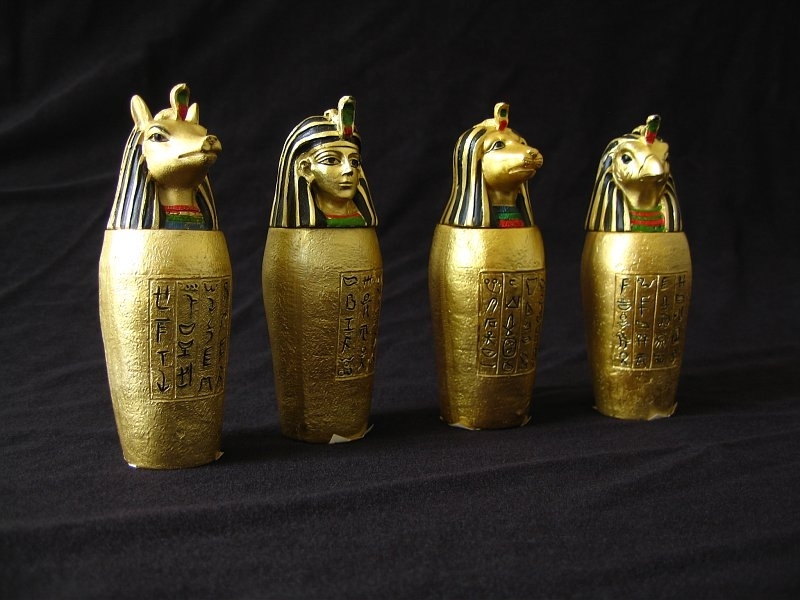 The Four Sons of Horus

Horus had 4 sons, Hapy, Imsety, Duamutef, and Qebhsenef. It was the job of these four deities to protect the internal organs of the deceased. The organs removed from the body were embalmed, anointed and wrapped in linen ready to be placed in the jars for safekeeping. Ancient Egyptians firmly believed that the deceased required his or her organs to be in good condition in order to be reborn into the Afterlife. 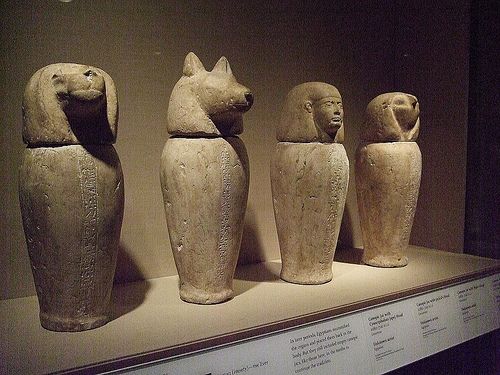 Come and see the treasures of Ancient Egypt and much more through one of our Egypt Tours.