Kakamega Forest is a tropical rainforest based in the Kakamega and Nandi County of Kenya, the forest includes reserves about 238 square kilometers, The forest is elevated at predominantly between 1500 m and 1600 m above sea level.

Considered the eastern-most remnant of the lowland Congolean rainforest of Central Africa, Kakamega Forest National Reserve is a tropical rainforest based in the Kakamega and Nandi County of Kenya. The forest includes reserves about 238 square kilometers. The forest is elevated at predominantly between 1500 m and 1600 m above sea level. Despite being easily accessible, the forest is a quiet haven for nature lovers.

The forest climate is very wet, rainfall is heaviest in April and May and slightly drier June and a second peak roughly in August to September however Jan and Feb are the driest months.

Kakamega Forest is perfect to visit during any time of the year. June to August is an excellent time for bird watching.

The park is open 365 days a year, during even holidays. It is open from 8 am to 6 pm. It is recommended to arrive earlier for a sunrise walk or to come for a night walk.

Flora and Fauna in Kakamega Forest

The park also has some of Africa's hard and softwoods like red and white stinkwood, Elgon teak and a lot of varieties of croton and aniageria altisima.

There are also around 367 different species of birds like the African blue turaco and black and white casqued hornbill and at least 9 species of them are not found anywhere else. Two species of the birds, Turner's Eremomela (Eremomela turneri) and Chapins' Flycatcher (Muscicapa lendu), are threatened. 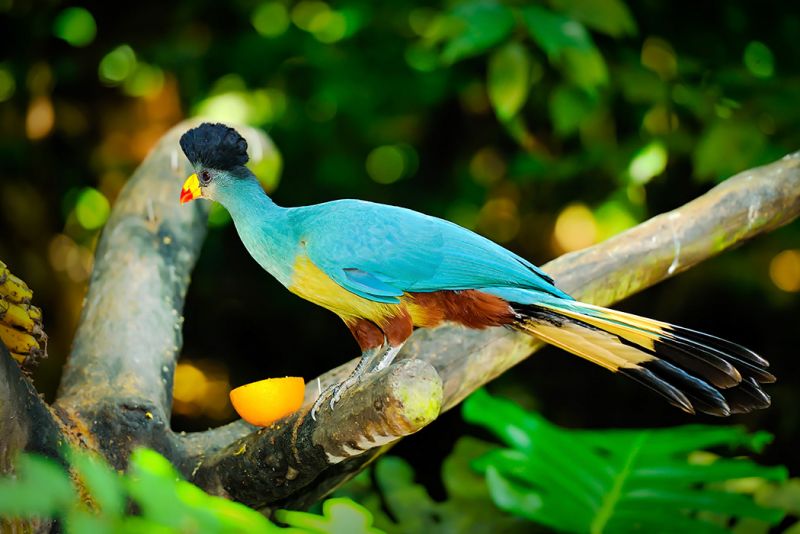 Insects are abundant. Some of them are quite breathtaking, such as giant Goliath beetles (Goliathus goliathus), pink and green African flower mantis (Pseudocreobotra wahlbergi), and 400 species of butterflies. There are also groups of ants (formicidae) and lepidopterans, besides Orthopterans, beetles, gastropod mollusks, and millipedes. 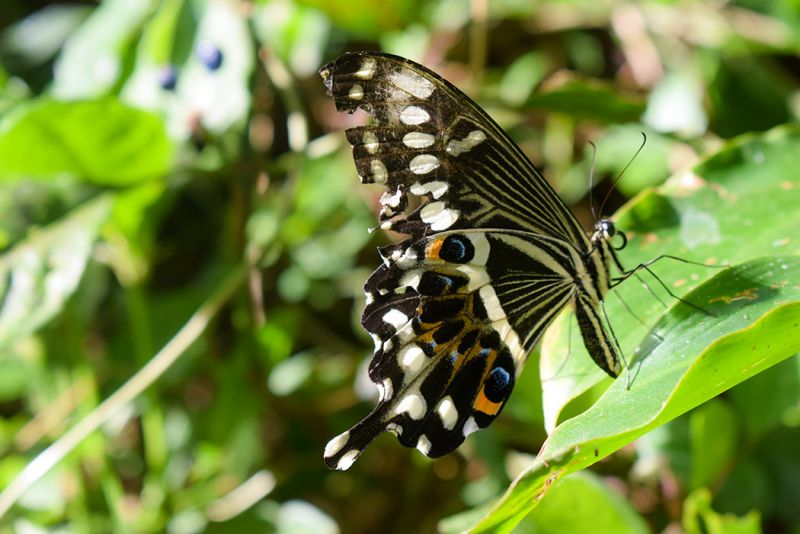 With over 40 species, Kakamega Forest is also known for its diverse snake fauna. However, they are not easy to spot. Lizards are more common, with various skinks  (Mabouya spp.), chameleons (Chamaeleo spp.), and agamas (Agama spp.) A number of anuran species represent amphibians in the forest. The most common species are Bufo and Phrynobatrachus toads and Ptychadena (Rana) mascareniensis frogs.