One of history's most ancient and unsolved puzzles is the construction of the pyramids. How were the Egyptian Pyramids built? Again and again, over the course of history, many scholars and scientists asked and wondered the same question of 'how the pyramids were built.'

The Great Pyramids of Giza and the other pyramids, over 100 Egyptian pyramids, are considered the greatest pieces of human engineering and architecture. These monuments still strongly standing after over 4,500 years and are still a mystery unsolved to this day. Some scriptures found from Ancient Egyptians can help us to understand a bit better how the construction of such monuments has come about.

How were the pyramids built?

The techniques that were used in the process of constructing the Egyptian pyramids have baffled and puzzled many historians and scientists for countless years. Many controversial hypotheses were introduced regarding the construction of the pyramids. The general theory is based on the belief that the huge stones were carved from the quarries using copper chisels. Then, these blocks were dragged and lifted into position. However, the method regarding the movement and placement of these stones are under a great dispute.

What is certain is that the workforce was highly organized and managed to the highest level by following an organized and planned process that consisted of three phases. 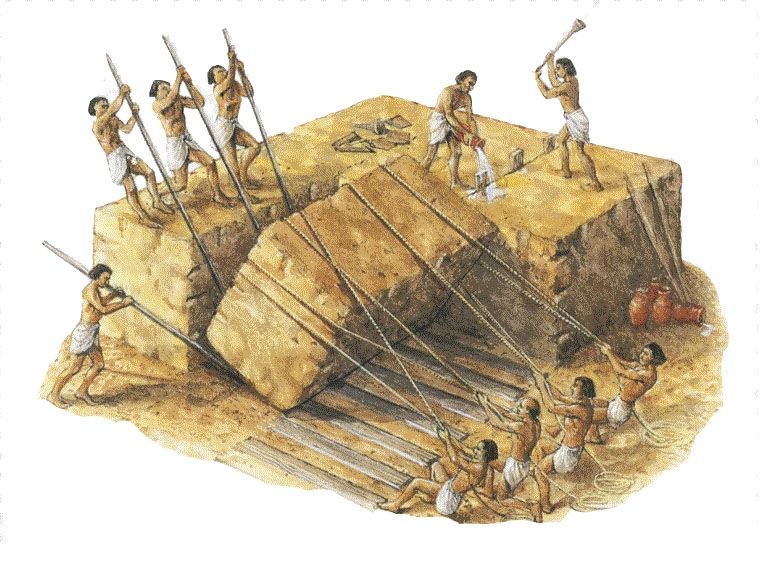 How long ago were the pyramids built?

The Pyramids of Giza were constructed around 4,500 years ago.

3 Phases of Building the Pyramids

The first step in building a pyramid was to choose a suitable site. This had to be on the west side of the Nile where the Sun would set, considering that Ancient Egyptians believed that wherever the sun sets that’s was the portal to the afterlife.

The pyramids also needed to be situated on the high ground, away from the danger of flooding at the time of the Nile's inundation. However, it could not be too far away from the Nile bank because the river would be used to transport blocks of fine quality limestone for the outer casing from Tura on the other side of the Nile.

The site chosen would be at a point on the desert plateau that would be proved a firm rock base capable of supporting the great weigh of the pyramid without any risk of cracking considering that some of the greatest pyramids weigh around 2.5 tons.

The site chosen for the construction of each pyramid was considered also based on the distance of the pyramid to the respective king’s residence, as the King would need to regularly inspect the development of his burial chamber 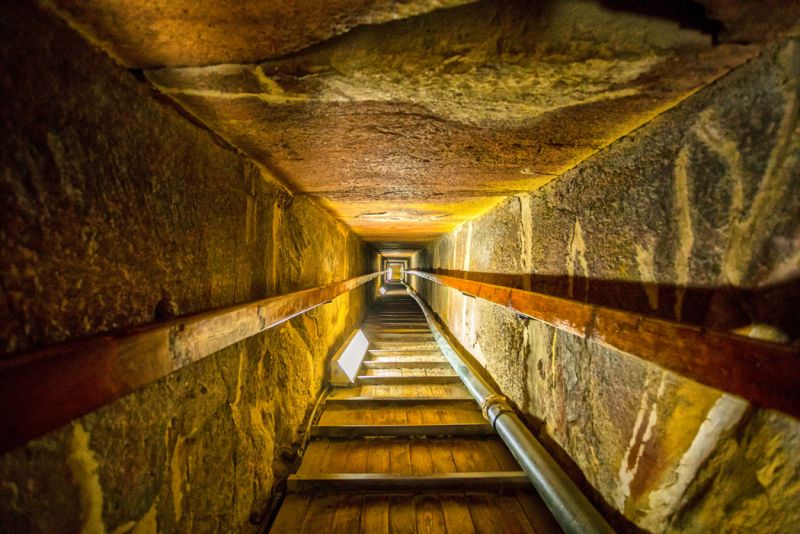 The workers had first to prepare a firm foundation by removing the loose sand from the rock. Then, the rock base had to be made absolutely flat. The workers may have done this by building low mud walls all around the base and cutting channels in a grid pattern over the surface. Then, they would fill the channels with water and mark the level the water would reach. After the water had drained away, protruding rock would have been cut back to the level indicated, and any depressions filled with stones to make a perfectly level surface.

Each side of the pyramid had to face one of the cardinal points. The builders probably established true north first and worked out the other directions from that. They may have found true north by taking a sighting on a particular star in the northern sky. They would then observe the rising and setting of the star and mark its appearance and disappearance on an artificial horizon.

By bisecting the angle thus made, they would obtain a north-south line. They had instruments for drawing right angles so; they would then have been able to find east and west. Next, they had to make the base perfectly square. With all four sides exactly the same length and the corners in perfect right angles. 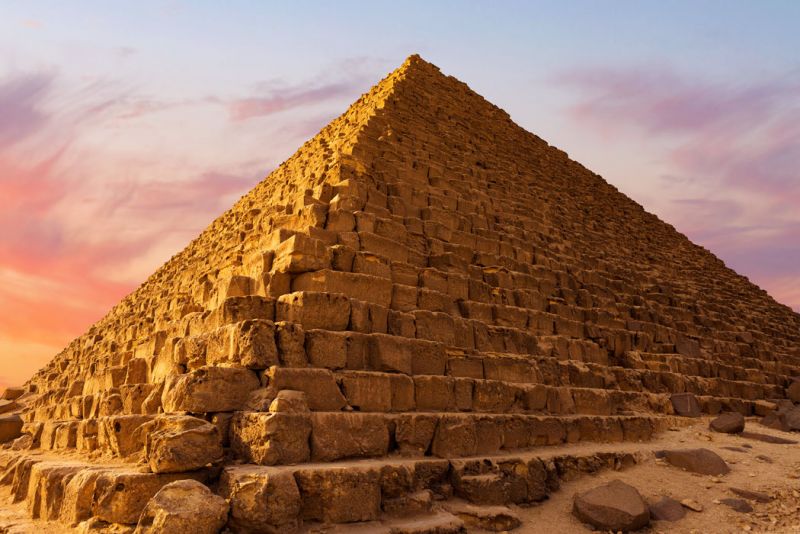 Sometimes rocky outcrop was used as the core of the pyramid to save the work. The inner chambers and passages would have been constructed independently and the actual pyramid built around them. Some of the royal pyramid builders seem to have changed their minds about their preferred location of the burial chambers. The inner pyramid would then be built of limestone cut from the desert plateau. When the main structure was finished, the pyramid was completed by encasing it in blocks of finely cut and dressed limestone from Tura. Sometimes granite was used for the lower courses.

The stones used in the building of the pyramids were not little bricks. The bricks in the pyramid vary in size. However, the largest can be found in the King’s chamber. These particular stones differ from the regular limestone blocks and were instead made of granite.

The precise method of raising the pyramids is not known. Pulleys were not invented until Roman times. However, the Greek historian Herodotus tells of levers being used to raise the blocks from one level to the next. It has also been suggested that workers operating in teams used a ramp to haul the blocks into position.  As the pyramid grew in size so the ramp would have been raised to enable the workers to reach the next level. The main problem with this is that the ramp would eventually have been huge as the pyramid itself and would have reached an immense distance into the desert.

No trace of such a structure has definitely been identified at any of the various pyramid sites. Another idea is that the ramp would have gone around the pyramid and was dismantled when the pyramid was completed.

Construction methods are still hotly debated and are still one of the greatest mysteries of Ancient human civilization.