Most holidays and festivals in Egypt are determined by the Islamic calendar Specially Ramadan; however, several Coptic Christian holidays are widely celebrated

Holidays and Festivals in Egypt

Most holidays and festivals in Egypt are determined by the Islamic calendar; however, several Coptic Christian holidays are widely celebrated. For instance, Sham Al-Nessim is celebrated on Coptic Easter. This holiday itself, however, has Pharaonic origins as a celebration of the arrival of spring.

By far the most important holiday in Egypt and also the most likely to affect your time here is Ramadan. The holiday is named for the month of the Islamic calendar in which it occurs as a celebration of the first part of the revelation of the Qur’an to the Prophet Mohammed. Most Muslims fast (avoiding food, drink, sex, cigarettes) from sunrise to sunset throughout the month. Ramadan is generally a time of heightened piety. Muslims who might drink otherwise will often refrain and there is a greater effort to adhere to traditional values.

The fast can have an effect on schedules with restaurants and shops staying closed during the middle of the day and opening after the fast is broken at sundown. Opening hours for tourism sites may shift as well, closing one hour earlier to allow employees to get home to break the fast.

Traveling during Ramadan does have its perks. Getting into the rhythm of the fast can be a very rewarding experience. After sunset, the streets come alive and people stay out celebrating and eating late into the night. If you walk in the street around sundown there is a good chance that you will be invited to eat with a group of fastbreakers. Non-Muslims are not expected to observe the fast, but should be conscientious of the fact that most people around them are fasting. Refraining from smoking and eating in public is considered polite.

**Note: None of Memphis Tours’ services are interrupted by the fast during Ramadan. All tours and trips operate as normal with slight adjustments to account for the fact that not all restaurants are open during the day. 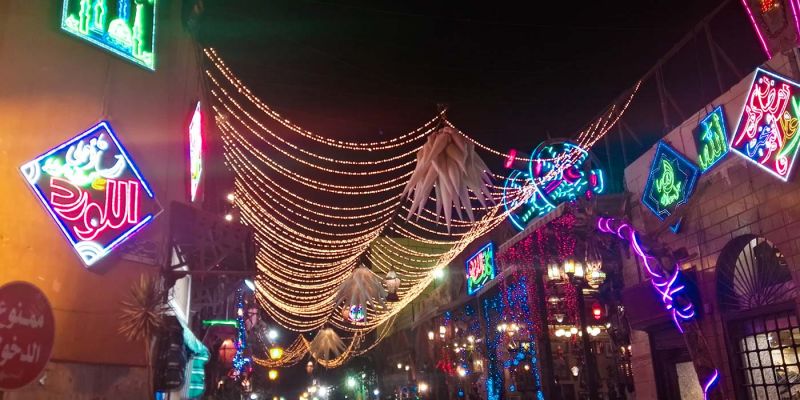 During Ramadan Month, Muslims fast from sun rise to sun set to honor Quran was revealed to the Prophet Mohammed. Eid al-Fitr celebrates the end of the month—and the end of the fasting. marks the end of the month of Ramadan and in the cities is marked by big celebrations. Many Egyptians who can afford it take this time to travel.
"Eid al-Fitr" represents a literally translation for the ending of big fasting event which means"fetival of Fast Breaking".
it lasts for three days, but depending on how it falls on the calendar, the festivities could last much longer if they including weekends or national holidays. For example, if the three days fall mid-week, Festivals will continue till the end of the weekend.
The most common greating is "Eid Mubarak", which means "Have a blessed Eid!,".

is equally or more important, marking the willingness of Abraham to sacrifice his son in the name of God. Families remember the sheep that he ultimately sacrificed instead of his son with their own sacrificial slaughter. There will be sheep and other livestock tethered all over the cities and villages in the weeks leading up to the holiday, waiting to be slaughtered after the morning prayers when the holiday arrives. A few weeks after Eid al-Adha is the Islamic New Year. The last major Islamic holiday is Moulid al-Nabi, the Prophet’s Birthday.

ll of these holidays are widely observed. Many bars and restaurants will refrain from serving alcohol during these holidays as it is illegal for them to serve Egyptian nationals. Hotels will likely not be affected by these changes though.

In addition to the Moulid al-Nabi, which is celebrated across the Muslim world, there are many other smaller, local moulids that celebrate the lives of Muslim saints or holy men. These events are supposedly intended to obtain blessings from the saint being honored, but in practice they are huge social events. Large moulids may attracted crowds in the millions, dancing, chanting, selling goods, and generally having a good time. These events are the biggest displays of Egyptian popular culture in the entire year.

Cairo, Tanta, and Luxor all host large moulids. Al-Hussein, Sayeda Zeinab and Imam Al-Shafi’i Mosques all host large moulids in Cairo at different points in the years, but there are many smaller celebrations. If you are lucky to hear about one, keep in mind that these festivals are raucous, crowded affairs, full of music, ritual prayers and dancing. 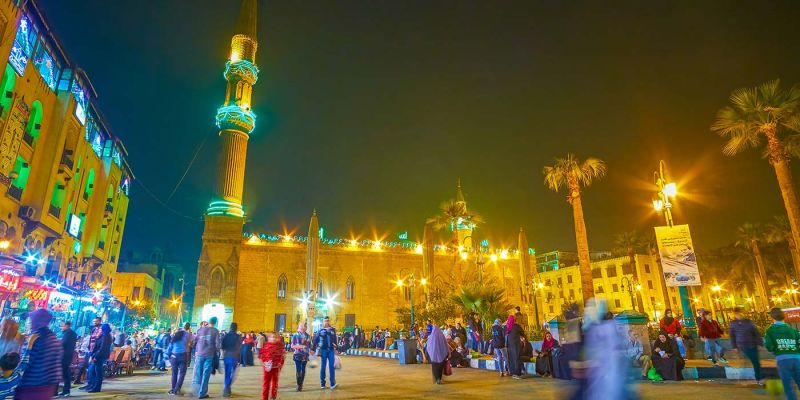 Coptic Christmas and Coptic Easter are both national holidays.

Coptic Christmas is on January 7th and in recent years more of the trappings of the Western Christmas celebration have been making it to Egypt. You may see more Santa hats, Christmas lights and CHristmas trees than you ever expected to see in Egypt around this time of year.

Coptic Easter also coincides with a much older holiday that traces its roots back to Pharaonic times called Sham al-Nessim. The name literally means ‘sniffing the breeze’ and it is a celebration of the arrival of spring that usually takes place in April. The holiday carries some traditions that might be familiar as they parallel the Western celebration of Easter, such as egg painting. In general, Sham al-Nessim is celebrated outdoors with families enjoying picnics in green spaces and enjoying eating specific foods like a type of pickled fish called feseekh. 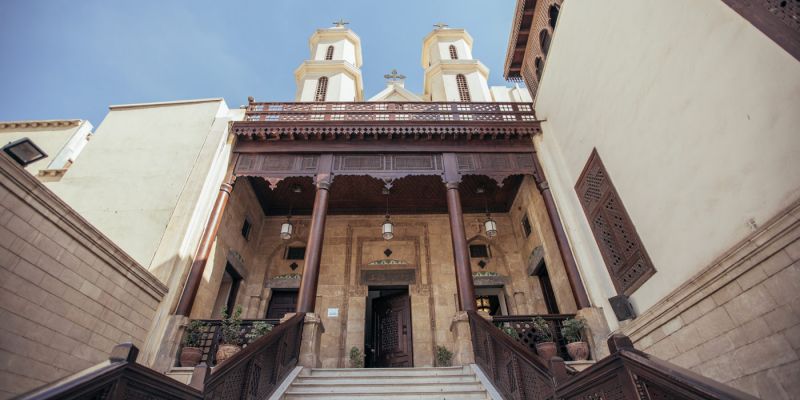