When the Fatimids took control of Egypt in 969 AD, high taxes and poor governance by the Ikhshidid Abbasidds, who had ruled Egypt since 905 AD, had ravaged the region and its capital, Fustat. The Fatimids set about immediately to cement their power over the Egypt and its people.

The new caliph Al-Muizz began a large building project, repairing roads, restoring the canal system on which agriculture in the Nile Valley depended, and constructing a new capital, Al-Qahira. The Fatimids were Shi’a Muslims, seeking to expand the influence of their interpretation of Islam over the lands of the Sunni Abbasid Caliphate and they built Al-Qahira to rival the prestige of the Abbasid capital, Baghdad, laying the foundations for modern Cairo. 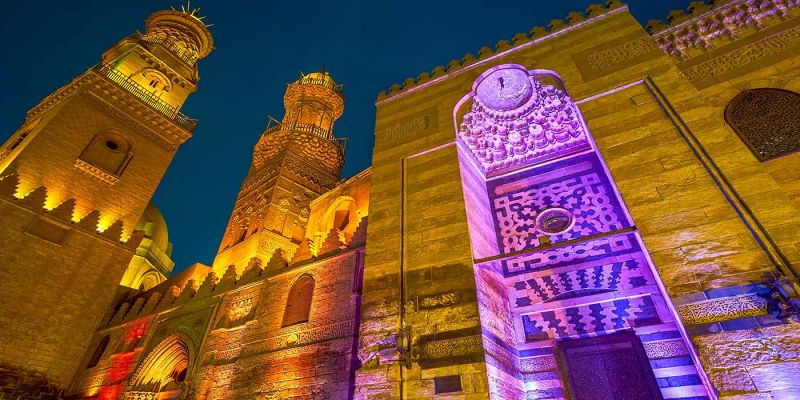 Al-Muizz Al-Deen Street, named for the first Fatimid Caliph in Egypt, was built as the main street through the Fatimid’s grand city and while much of the Fatimid capital was destroyed when subsequent Sunni Caliphates regained control of the city, Muizz Street retained its importance. Many of the palaces, mosques, and monuments of the Ayyubid, Mamluk, and Ottoman rulers that controlled Egypt after the Fatimids continued to be built along this street through the center of the city.

Today, Al-Muizz Street still displays the greatest density of significant Islamic monuments anywhere in the world to this day.

Running the length of Islamic Cairo’s central core, from Bab Al-Futuh in the north to Bab Zuweila in the south, it is one of the most important places in Egypt’s Islamic history. In addition the impressive monuments scattered along its length, it also hosts a bustling neighborhood, home to thousands of craftsmen making wares to be sold in Khan Al-Khalili, which marks the streets midpoint. A walk down this street, ending with a stroll through the maze of shops in Khan Al-Khalili, is an essential part of any visit to Cairo. 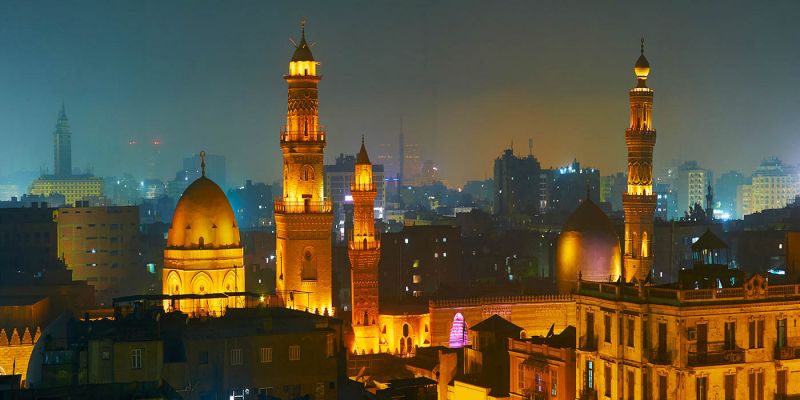 Al-Muizz Street makes it easy to experience both Islamic Cairo’s history and the modern neighborhood that exists alongside this aging architecture. The (northern) portion of the street that runs from Bab Al-Futuh to Azhar Street (next to Khan Al-Khalili) was recently restored. Restoration work on the southern section of the road is just beginning, making it more difficult to visit.

Some of the famous landmarks of Al-Muizz Street are:

One of the impressive and oldest buildings of old Islamic Cairo down El Moez Street is Al Aqmar Mosque. This small, but unique mosque along Al-Muizz Street is one of the oldest buildings in Islamic Cairo. The builders of Al-Qahira, the walled city that today forms the core of Islamic Cairo, were the Fatimids, who ruled Egypt from 969 until 1171. Originating from present-day Tunisia, they conquered Egypt and installed their Shi’a Islamic ideology as the religion of the state.

Al-Aqmar Mosque, or the Moonlight Mosque, has several unique architectural features. It was the first mosque in Cairo to use an offset façade—allowing the facade to remain square to the street front, while the rest of the building sits at an angle, aligning with the qibla, the direction of prayer toward Mecca. · 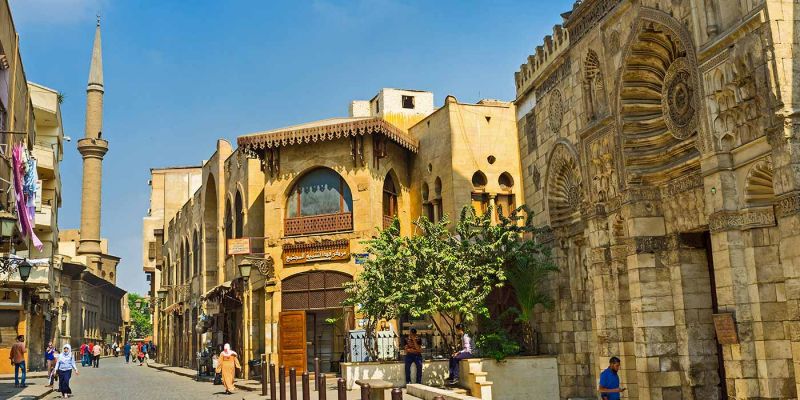 The Darb Al-Asfar (the Yellow Way) where Bayt Al-Suhaymi is located, only meters off of Al-Muizz Street, became one of Cairo’s most wealthy streets, as well-heeled citizens competed for the property close to “the Palace Walk”, the title was given to Al-Muizz Street in Naguib Mahfouz’s novel of the same name. Bayt Al-Suhaymi, built in the 17th century, was one of the grandest homes in Cairo. Restored in the past decade after having fallen into disrepair during the 20th century, this house is now a beautiful example of medieval Cairo’s finest non-monumental architecture.

The Impressive complex of Sultan Qalawun was built along a famous historical street in Cairo which is known as Shari' el-Muizz street in 1284 by Sultan Al Mansur Qalawun. The complex houses a Mosque, a Medersa, a Mausoleum and a Maurista inside its walls. The Mauristan was replaced by a modern hospital in the 1920s. The complex displays the typical Mamluks architecture at that time. The exterior windows of the entire complex are inspired from Gothic style, which Sultan Qalawun was familiar with from the Crusader's churches style of architecture.

The complex is built at the heart of Islamic Cairo at a place known as Bayn Al-Qasreen, or ‘Between the Two Palaces, named for the two Fatimid Palaces that originally stood here. Like most of the Fatimid buildings in the city, these palaces were built over by subsequent rulers who sought to erase the influence of the Shi’a dynasty. Qalawun actually built his complex on the foundation of one of these palaces. 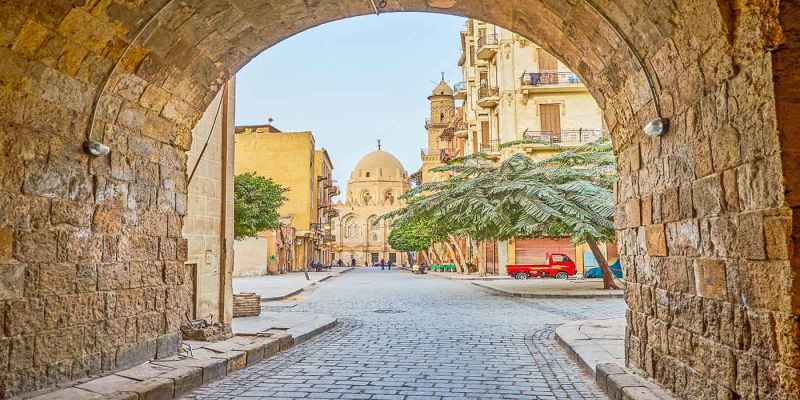 The Ghouriyya Complex is just south of Al-Azhar Street at the beginning the southern section of Al-Muizz Street that leads to Bab Zuweila. On the east side of the street is the mausoleum that Al-Ghuri built for himself. Tragically, his remains were lost in battle with the Ottomans and never buried there.

The complex was a built as a unique, multi-use space. It included the mosque and the mausoleum, but also a sabil that provided free water to the people, administrative space, and a covered market among other things. Some parts of the original building have been demolished, but the Wikila Al-Ghuri still stands further east beyond several modern buildings.