Day Trip to Madaba, Nebo and Dead Sea from Amman

8 Reasons why to Visit Jordan

Thailand...Europe or desert adventure in Africa. These are usually the thoughts that come to mind while planning your next vacation. Why not Jordan? Below you will find the top reasons to give this tremendous country a visit one day.
1- Jordan's "underestimated" treasures: the Treasury is the most magnificent of Petra's sights...not to mention that Petra was announced as one of the new Seven Wonders of the World.

Petra is a wonderful masterpiece carved into mountain in southern Jordan, and it is located in a valley called Arabah, which runs from the Dead Sea to the Gulf of Aqaba. It's been originally built by Nabatians, whose inhabitants were nomadic people but settled in this area and then built Petra. The culture era of Petra came into contact with a number of eras and historical states, namely Roman, Byzantine and Islamic state. 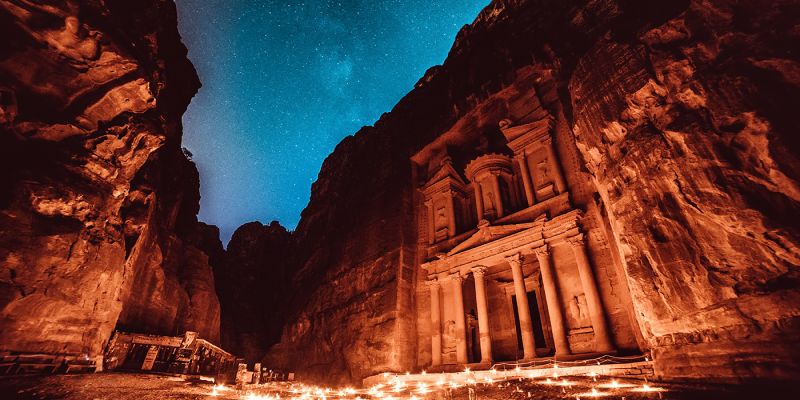 2- Jordan is called the "Switzerland of the Middle East": Jordan assures a peaceful and stable political climate. Also, crime rates are among the lowest levels in the Middle East.

Jordan is among center countries of the Middle East. Despite the ongoing political movements alongside Jordan, it is politically neutral country and is always committed to cooperate with all parties without going deep into problems of the Middle East. In addition, the Government of Jordan gives great attention to the situation inside the country in order to maintain increasing rate of the tourism attraction, which is still growing continuously in the recent times. 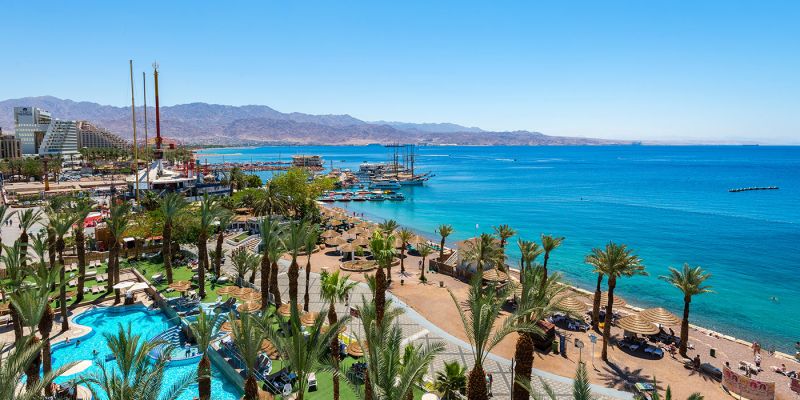 3- Food: if you are a foodie then you have to try their appetizers (pleasing even as snacks at any time of the day) like hummus, fatoush, baba ganoush, tabbouleh, Shawarma, and falafel. These are just the starters that await you.
4- Jordan offers a glimpse of everything: Petra's treasury, Jerash and its ancient Roman ruins, the Bedouins heritage at Wadi Rum, the crusader castles and the breathtaking view of the Dead Sea. Simply, in Jordan, it's difficult to choose how to have fun.
5- Islam is being practiced in this country in one of its milder forms: a visit to Jordan can really help you get rid of prejudices and stereotypes about Islam.
6- The Dead Sea: we often speak about the highest peaks of the world and not the lowest. Well, the Dead Sea is the lowest point in the world at 394.6 m (1269 ft) below sea level. Grab the opportunity, explore this huge salt lake and Treat yourself to a luxurious mud mask.

The Dead Sea is recreational area with a high rate of tourist attraction, due to the uniqueness of the natural environment of the Dead Sea, which has several recreational, medical and therapeutic characteristics. In addition, the Dead Sea's area is considered one of the most beautiful quite places, which was the reason that made nine of the largest hotel chains establish hotels and resorts on the seaside of Jordan.

7- Aqaba: Backed by purple-tinted mountains that are rich in phosphates, Aqaba is Jordan's only outlet to the sea. Enjoy Aqaba's main attractions including some of the world's finest scuba diving and snorkeling, a full range of water sports.

Strategic location of Aqaba has made it one of the most important ports in the Middle East. International cruise ships visit it annually in order to let guests enjoy number of activities and day tours nearby Aqaba and inside Jordan. Aqaba has a direct land connection to Petra, which let visitors see it in couple of hours from Aqaba port. Besides, you can go for many other activities and shore excursions inside Aqaba city; like sea activities and snorkeling, where you can see and enjoy the amazing red sea corals and underwater life. You need just to book your tour or activity in advance, as it’s usually seasonal activities and there will be a lot of tourists coming to port of Aqaba at the same times of the years.

8- Perhaps the main reason why Jordan is worth a trip: the people. Get ready to be wrapped in a warm climate that will make you feel at home.

You might need to know more about what to see in Jordan. You will find more at this link: Jordan Tours