Major religion in Jordan is Islam

Jordan is an ideal destination for those seeking cultural knowledge and spiritual enrichment. Jordan values its ethnically and religiously diverse population, consequently providing for the cultural rights of all its citizens. This spirit of tolerance and appreciation is one of the central elements contributing to the stable and peaceful cultural climate flourishing in Jordan. More than 92% of Jordanians are Sunni Muslims and approximately 6% are Christians. The majority of Christians belong to the Greek Orthodox Church, but there are also Greek Catholics, a small Roman Catholic community, Syrian Orthodox, Coptic Orthodox, Armenian Orthodox, and a few Protestant denominations. Several small Shi'a and Druze populations can also be found in Jordan.

Judaism and Christianity in Jordan

As Jordan is predominantly an Islamic country, one may explore the principles of Islam through direct interaction with the people of this monotheistic religion. As the capstone of a long tradition beginning with Judaism and Christianity, Muslims believe that Islam completes the revelation of God's message to humankind. Islam – which in Arabic means "submission" – is an assertion of the unity, completeness, and sovereignty of God. Muslims believe that God, or Allah as He is known in Arabic, revealed his final message to humankind through the Prophet Muhammad and the Holy Qur'an, which is the divine immutable word of God. Islam focuses heavily on the equality of all humans before the one true God, and therefore it is in many ways a return to the original doctrine of the pure monotheism that characterized the early Judeo-Christian tradition.

Islamic tradition has crystallized five fundamental observances, or "pillars," that are as important as faith in defining Islamic identity and strengthening the common bond that ties all Muslims together. They are Confession of Faith, Daily Prayer (five times per day facing the holy city of Mecca), Fasting during the Islamic holy month of Ramadan, Almsgiving, and Pilgrimage to Mecca. 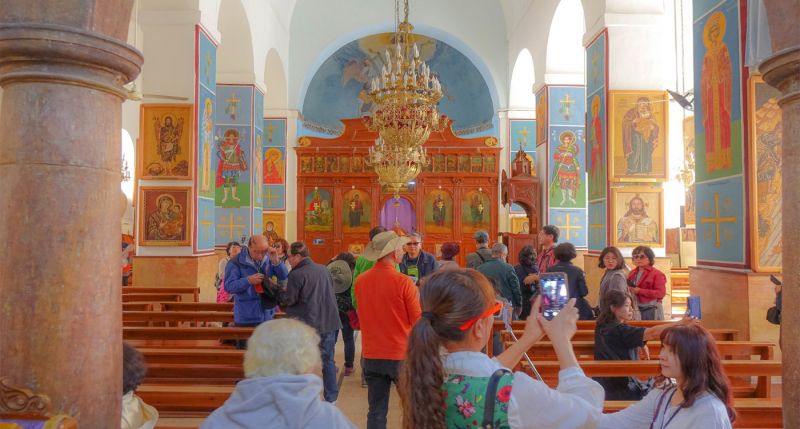 Jordan's government and kingdom regime provide surety for religious freedom. It is declared also through the Jordanian constitution that everyone is free to believe in any religion. In addition, law allows people to practice one’s religion in any way as long as they are controlled, organized and observed, except in cases that call for violence and chaos. However, some topics are controversial like religious conversion, which may make a problem, when the conversion will be from Islam to another religion. Absolutely, it is free to convert from any religion to Islam, but on the other hand social pressure will be exerted, as the majority of Jordanians are Muslims. Some Muslim and Christian families prevent their children to be involved in romantic relationship with girls or boys from different religion, as it may lead to conversion.

However, there are no reports of forced religious conversion. In general, Jordanian Muslims and Christians live together in peace. Most importantly, there are no records of religious or intellectual intolerance. Jordanians noted exemplary tolerance to welcome all religions and cultures on one land. It is a great decision to make to visit or live in Jordan for a while.

You might need to see and explore more in Jordan. At Jordan Tours you will find plenty of interesting travel packages tailor made specially for you. Contact us now!