Taste of Cairo and Istanbul

Best Tour of Turkey and Greece

Istanbul, formerly known as Constantinople, the center of the Byzantine Empire which lasted over a thousand years and the capital of the Ottoman Empire for almost 500 years, is one of the most popular cities and tourist haunts. The city is a mixture of both Europe and Asia, a unique urban composition. A stroll around Sultanahmet, inside the city walls, among mosques, museums and the Great Bazaar is a trip through both history and daily life.

Istanbul is both the capital of Turkey and the most populous city in Turkey. The fascinating city is built on two continents, divided by the Bosphorus Strait, the narrow strait between the Black Sea and the Marmara Sea. Istanbul is considered one of the greatest cities in the world where you can see a modern western city combined with a traditional eastern city as it bridges Asia and Europe both physically and culturally. 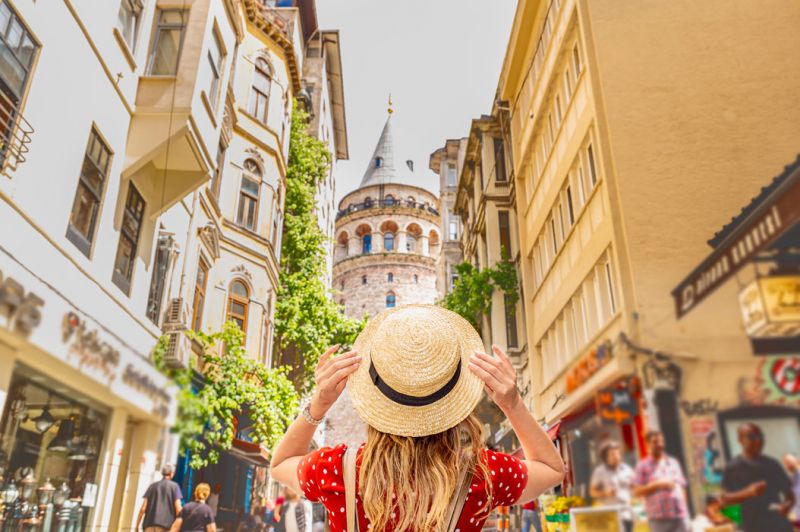 Although Istanbul have been inhabited since 3000 BCE, it was not considered as a city until the Greek colonists, which was led by King Byzas, came to the area in the 7th century BCE. The King named the city Byzantium after himself.

After the death of the Roman emperor Theodosius I in 395, enormous upheaval took place in the empire as his sons permanently divided it. As a result of this division, Constantinople became the capital of the Byzantine Empire in the 400s. With it being a part of the Byzantine Empire, the city became distinctly Greek, as opposed to its former identity in the Roman Empire and it became the center of the Greek Orthodox Church.

Due to its significant prosperity, it made a target for conquering. In 1204, it was controlled by members of the Fourth Crusade which led it to become later on the center of the Catholic Latin Empire. Constantinople was caught in the middle of the competition between the Catholic Latin Empire and the Greek Orthodox Byzantine Empire. This led to that it went financially bankrupt and weakened. In 1261, it was returned to the Byzantine Empire.

After its weakening, Constantinople was conquered by the Ottomans, led by Sultan Mehmed II in 1453 and it was declared the capital of the Ottoman Empire and its name was changed to Istanbul. Sultan Mehmed sought to rejuvenate Istanbul; he created the Grand Bazaar and brought back fleeing Catholic and Greek Orthodox residents. He also brought in Muslim, Christian, and Jewish families to establish a mixed populace. The Ottoman Empire ruled Istanbul until the Allies defeated them and occupied the city in World War I.

The Republic of Turkey

Istanbul is a city where four seasons can be experienced due to the effect of Mediterranean, Black Sea, the Balkans and Anatolian continental climate. The hottest months are July and August, whereas the coldest months are January and February.

Istanbul is liberally scattered with glorious remnants of its long and illustrious history and the sightseeing in this city will impress even the most monument-weary visitor. Here are the top tourist attractions in Istanbul where you see most of Turkey’s popular monuments and have a unique experience.

The Hagia Sophia is one of Istanbul's most cherished landmarks. It was commissioned by the great Byzantine emperor Justinian in AD 537 and is considered the epitome of Byzantine architecture. It was once a house of worship; it served many religions over the centuries. It started as a Greek Eastern Orthodox basilica. Later on, it was a Roman Catholic Church for six decades in the 12th century. Then, it became a mosque in 1453 after the Ottoman armies conquered Constantinople and it remained that way until 1931. It was closed and then it was reopened as a museum in 1935. 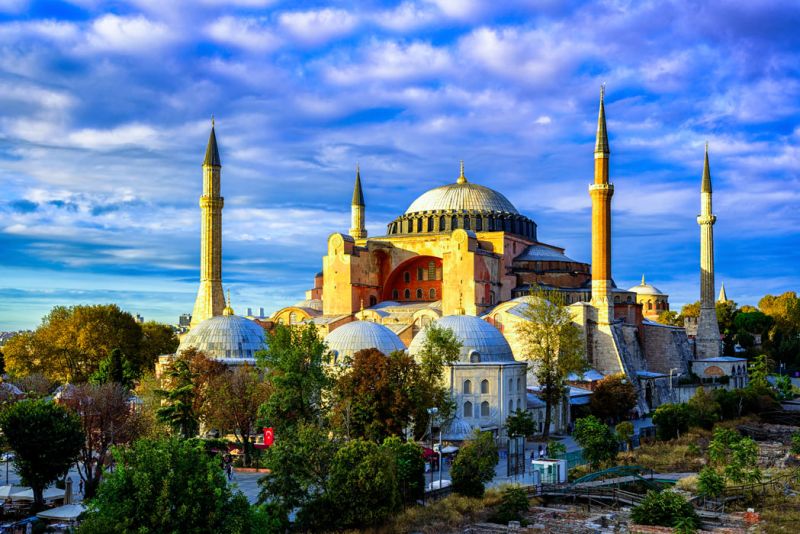 One of the most popular mosques in Istanbul, the Blue Mosque, was Sultan Ahmed I’s grand architectural gift to his capital. It was built in the early 17th century between 1609 and 1616 and it has six minarets. The mosque remains as an active house of worship till today which means that visitors needs to time their visitors carefully as the mosque closes to sightseers during the time of the Muslims’ prayers. The significant mosque holds priceless treasures that include 20,000 ceramic tiles in various tulip designs and 200 stained glass windows. The name of the mosque is taken from its interior decoration of tens of thousands of blue Iznik tiles. The entire interior makes the mosque one of the finest achievements of Ottoman architecture. 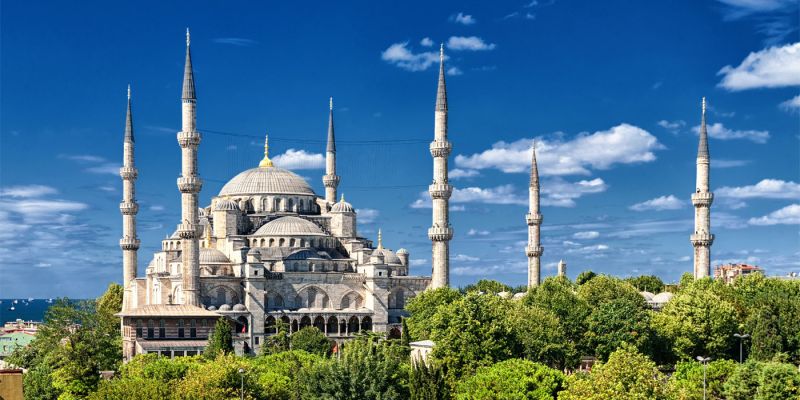 Topkapi Palace combines between history and a stunning scenery in one experience that cannot be rushed. The palace dates back to the 15th century; it is located on a hill overlooking the Sea of Marmara, Bosphorus, and the Golden Horn. At one time in history, it was the official residence of the Ottoman Empire sultans and seat of the Turkish government; however, it is now a museum that is considered to be the largest and the oldest palace in the world. 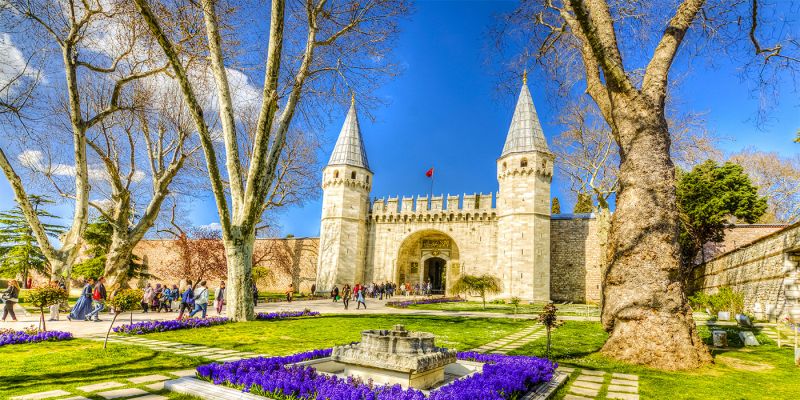 In AD 203, Septimius Severus started building the ancient Hippodrome; however, it was completed by Constantine the Great in AD 330. The Hippodrome was an ancient stadium for horse racing; it was the center of the Byzantine and Ottoman public life. But unfortunately, only a few of its monuments survived till today. 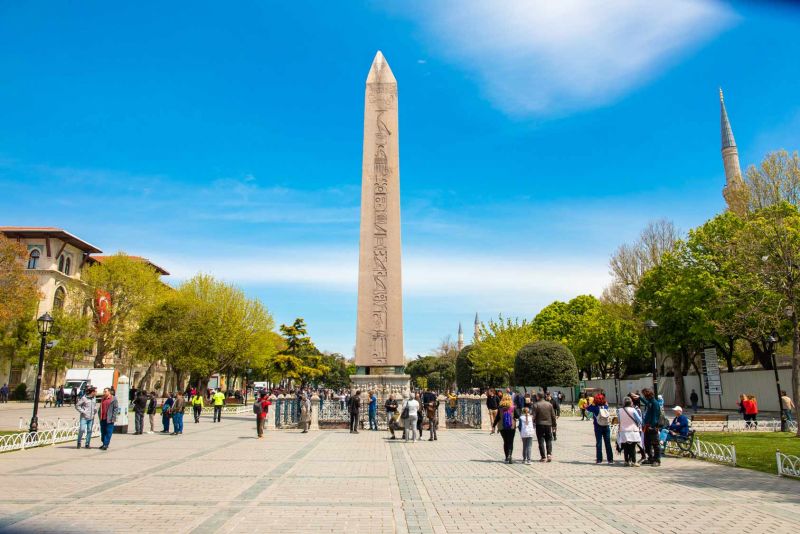 For many visitors, sightseeing in Istanbul is as much about shopping as it is about museums and historical attractions. So, for any all the visitors who love to shop, you won’t want to miss out on a visit to the Grand Bazaar. With 5000 shops, the Grand Bazaar is one of the largest indoor marketplaces in the world and it dates back to 1461. The Bazaar features many items such as jewelry, carpets, spices, antiques, hand-painted ceramics, and much more. 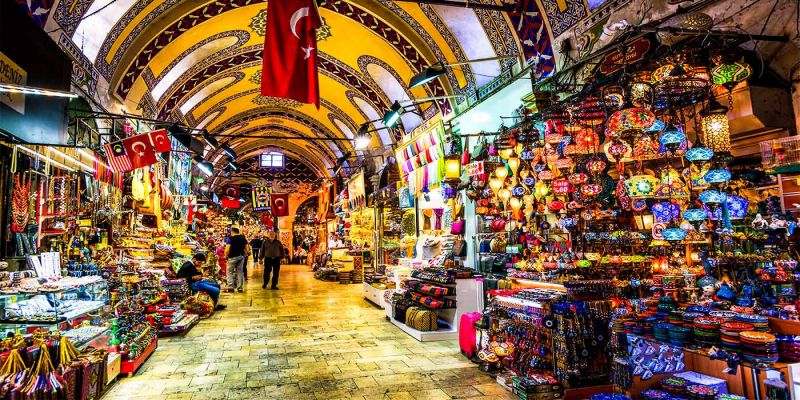 At 67 meters high, the Galata Tower rules over the Istanbul skyline. This Genoese tower offers great views of the old city and its surroundings. It was known as the Tower of Christ and was the tallest building in Istanbul when it was built in 1348; it still stands tall over Istanbul today. Some modification has been done to the tower over the centuries. At one time, it was being used as an observation tower to spot fires. Today, you can take the elevator or the stairs to enjoy a great panoramic views over the city from the top balcony and you can spend the café, restaurant or the night club.

Known for its beauty and peacefulness, visitors say that the Suleymaniye Mosque gives them an inspiring sense of spirituality. It’s located on the Third Hill of Istanbul. It was built by Sultan Suleyman the Magnificent in 1550. The magnificent mosque blends between the best of Islamic and Byzantine architecture. It was damaged over the years, especially during World War I; however, it was restored in the mid-20th century. The mosque is marked by four minarets which indicates that it was built by a sultan. 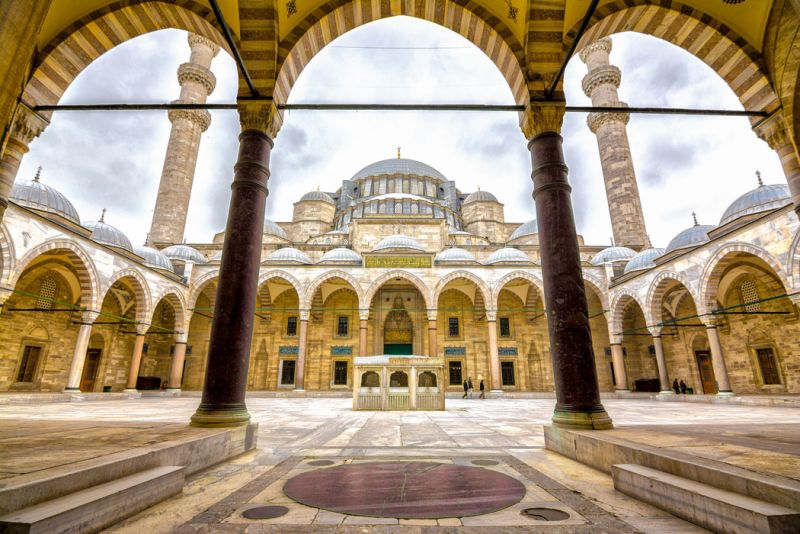 Luxurious, plush and beautiful are only some of the adjectives that are used to describe the Dolmabahce Palace. It was built in the 19th century by Sultan Abdülmecid I in 1854. It replaced the Topkapi Palace as the main residence for the sultans. It was a home to six sultans and it houses the world’s largest Bohemian crystal chandelier which was a gift from Queen Victoria. 14 tons of gold leaf were used to build this magnificent palace. The Dolmabahce palace blends the traditional Ottoman architecture with the European styles of Neoclassical, Baroque and Rococo. 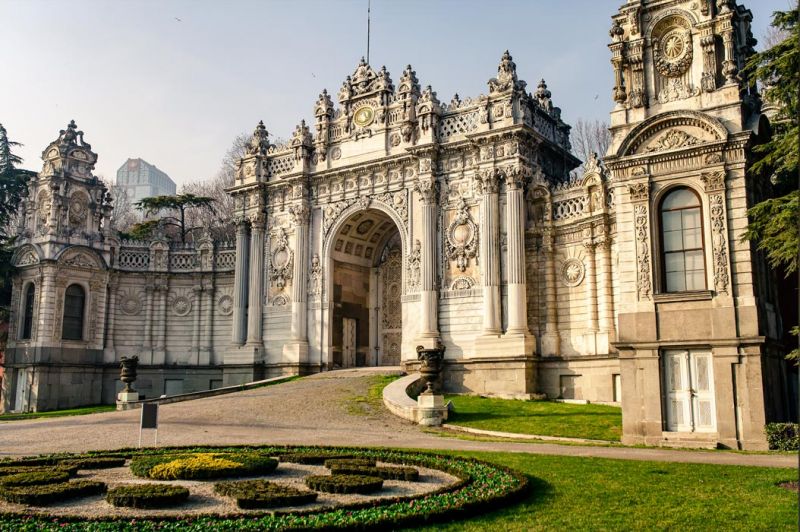 The Chora Church is a little bit off the tourist path, but whoever goes there says the beautiful Byzantine art is well worth the effort to get there. Magnificent mosaics and frescoes portray the life of Jesus and his mother, Mary. It’s known as the Church of the Holy Savior in Chora and it has been described as one of the most beautiful surviving works of Byzantine architecture. Back to the days of Constantine, the Chora was a monastery in the beginning; a few centuries later, it was converted into a mosque. Later on in 1948, it was converted to a museum. 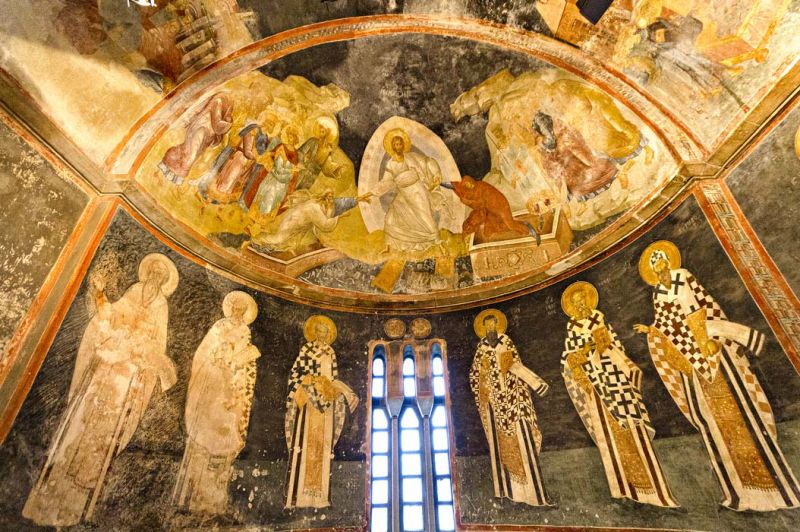 The Istanbul Archaeological Museum is considered to be one of the most important museums in Turkey. It actually consists of three museums: the Archaeological Museum, the Ancient Orient Museum and the Tiled Kiosk Museum. The three museums combined together contain more than 1 million objects from different civilizations around the world. The museum was founded in 1891 and it was the first Turkish museum. It was located on the Topkapi Palace grounds. 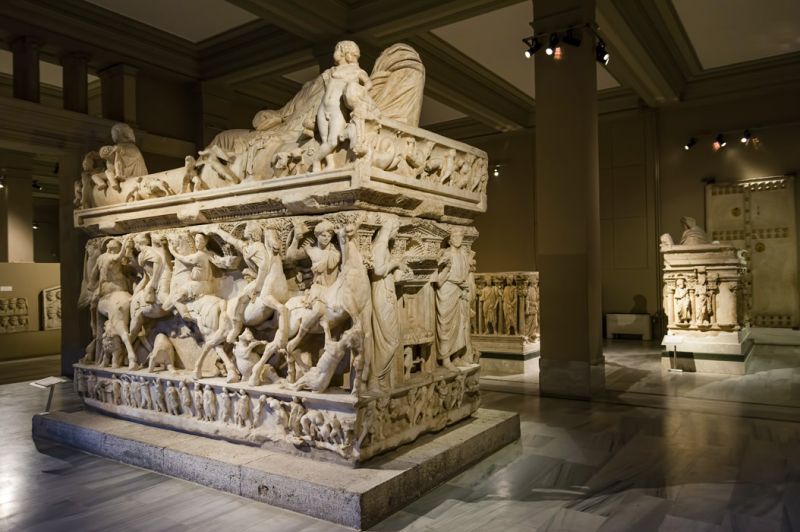 Experience the city of two continents, that blends cultures and history in one place, through one of the best destinations in the World!